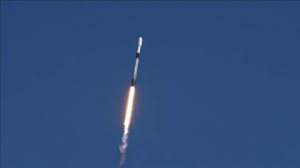 Zambia drew closer to launching its own satellite with the establishment of a committee of experts to spearhead the process.

The 20-man Technical Steering Committee on the National Space Science program is expected to develop a roadmap and implementation plan for the launch of a space satellite in the next two years.

Felix Mutati, the Minister of Science and Technology during the unveiling of the committee expressed confidence that the experts appointed to spearhead the development and coordinate activities for the development of space science will do a good job.

Stephen Simukanga, director-general of the Higher Education Authority and one of the experts on the committee, assured that the team was ready to start doing its work.

Last year, the minister said it was imperative for the country to have its own satellite because the current situation where the country borrows space from other satellites was limiting access to data.

He said having a satellite will go a long way in having timely data to inform decision-making.

He, however, said this would be backed by the development of a science policy.