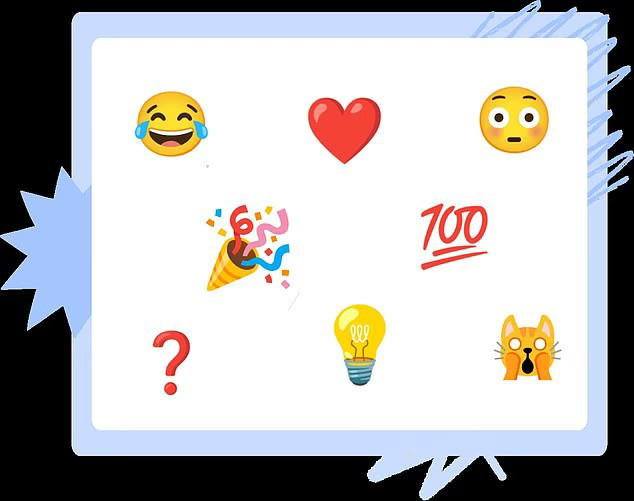 The ‘thumbs up’ and ‘thumbs down’ buttons on YouTube are one of the site’s key measures of engagement, but sometimes a video demands more nuanced feedback.

Now YouTube has announced it is testing a new feature called ‘timed reactions’, which allows users to share a reaction, such as a smiley face or confetti emoji, at a precise moment in a video.

Users can get a feel for how other viewers are reacting by looking at a dedicated reaction panel in the comment section of each video.

This will display anonymised emoji reactions by the moment, in a similar way to Facebook Live or Twitch.

Users can get a feel for how other viewers are reacting by looking at a dedicated reaction panel in the comment section of each video.

YouTube is piloting timed reactions with a small number of channels to start with, but will expand the feature depending on the reception.

At the moment, YouTube is offering a set of eight reaction emojis to viewers to choose from. The list includes a face with tears of joy, heart, shock face, confetti or celebration, 100%, question mark, light bulb or idea, and a screaming cat. The company said that it will add or remove reaction emojis based on how the experiment goes

“If you’re watching a video that is part of this experiment, you can react and see crowd reactions by opening the comment section of the video and tapping into the reaction panel,” a YouTube community manager wrote in a support page.

YouTube also said that as a part of the test, views will also be able to see which moments other viewers are reacting to. Additionally, the company will anonymise all the reactions, which means that YouTube will not show who sent each reaction on the platform.

As far as the availability is concerned, YouTube said that it is piloting the timed reactions experiment with a small number of channels to start. But there is no word on when this feature will be more widely available on the platform.

Notably, YouTube is testing this feature on the heels of another feature called timed comments. YouTube first started testing this feature in April last year and it enables users to leave comments at specific moments in a video, much like the timed emojis feature that the company is testing right now. “This experiment is available on some videos to a small group of people and we’ll consider rolling this out more broadly based on feedback,” YouTube had said at the time. However, the video sharing platform hasn’t rolled out this feature to a wider audience yet.