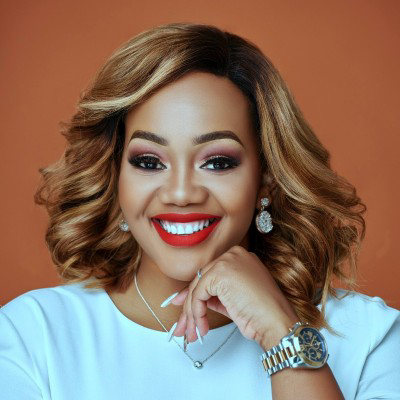 African Achievers Awards is currently in its twelve edition and it’s been in existence for 12 years. The first edition held in 2011 at kings’ College, London where the late Archbishop Desmond Tutu was honoured. AAA has consistently rewarded and honoured great African Achievers from African leaders, young achievers, to captains of Industries across the continent. The journey has seen the award ceremony move from, London (hosted in Kings College & Waldorf Hilton)United Kingdom to Kenya, Ghana, South Africa and Nigeria.

Lisa Nokulunga Bhembe is an experienced entrepreneur, businesswoman and social responsibility champion. She is a Bonafide Afro-centrist and creative thinker whose vision is to see the development of Africa realized both economically and socially.

She has considerable experience ranging in different sectors: Aviation, Energy, and Information Communication Technology, where she organized, managed and planned various projects.

Lisa is a founder & CEO of SM4RT Holdings, a company in the oil and gas industry and information communication technology. SM4RT Holdings was established to contribute to the African economy.

Lisa believes entrepreneurship by African youth will bring positive change to marginalized communities and foster the resurgence of Africa.

Lisa believes in making a real and sustainable change in Africa through her work. Her vision is that businesses must exist to benefit the growing economy of Africa and the communities in which they work, which is one she holds dear.

Hope and Dream for Africa
”It is her dream to see the African continent as a serious competitor in the world trade across all sectors. “

”It falls upon us, the youth, to create the tomorrow we want to see, where Africa is a leader, not a follower. “