WTO congratulates DG, Ngozi Okonjo-Iweala on being named one of most powerful women globally 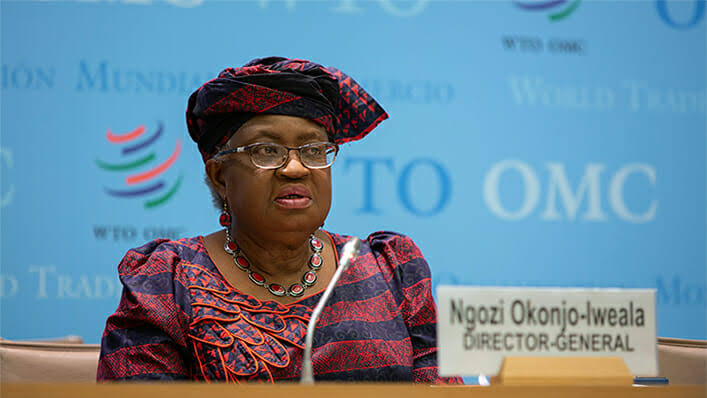 The World Trade Organization (WTO), has congratulated Dr. Ngozi Okonjo-Iweala, its Director-General on being named as one of the most powerful women in the world by Forbes.

The WTO in a tweet on Wednesday, said Congratulations to Director-General @NOIweala on being named one of the
@Forbes’s World’s 100 Most Powerful Women in 2022

Okonjo-Iweala, former Nigerian minister of finance, was named as one of 100 most powerful women in the world by Forbes, in a list that includes Christine Lagarde, Giorgia Meloni, Taylor Swift, among others

Forbes said, “The World Trade Organization head Ngozi Okonjo-Iweala (No. 91 of 100) continue to play a crucial role in providing financial assistance and promoting global trade as the threat of a global recession rises.”

Recall that Okonjo-Iweala was recognized by another media platform, Time magazine as one of the world’s most influential people in 2021.This would be Okonjo-Iweala’s 6th recognition in her career.