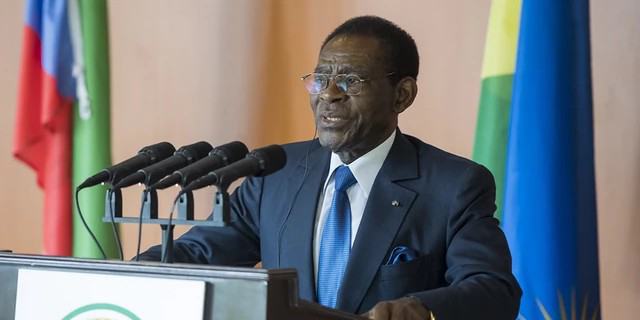 The president won 95% of the votes following the country’s presidential election in a landslide victory. He is set to extend his already 4-decade log rule, making him the longest-serving president in the world.

Teodoro Obiang Nguema Mbasogo became president of Equatorial Guinea in 1979 and has since refused to abdicate. Best democratic practice dictates that a president can only serve a maximum of two terms, adhering to a four-year administration per term.

However, this is hardly the case for Equatorial Guinea as they’ve continued with the same regime for over 40 years now in what some have described as an authoritarian government.

Following the announcement of the results, Teodoro Nguema Obiang Mangue, vice president of the country and the president’s son, said, “the results prove us right again,” said Vice-President. We continue to be a great party.”

Even before his victory was announced people believed that none of the opposition stood a chance, seeing as the president has demonstrated his strong grip on the country since he seized power.

Teodoro Obiang Nguema Mbasogo took over the country in 1979 in a military coup, ousting his uncle, Francisco Macias Nguema. Since then, the president has been the target of numerous botched military takeovers.

According to the BBC, “political opposition is barely tolerated and severely hampered by the lack of a free press, as all broadcast media is either owned outright by the government or controlled by its allies.

It is thought that President Obiang, who has previously denied accusations of human rights abuses and election rigging, intends to use his sixth term to clean up his international reputation