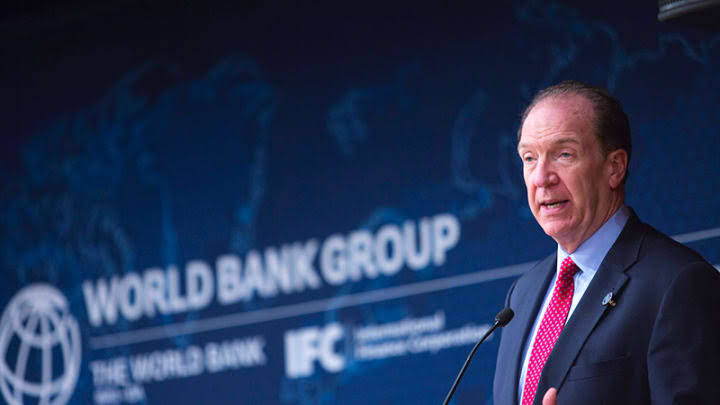 The President of the World Bank Group, Mr. David Malpass has once more reiterated the need for Nigeria’s federal government to reconsider its policy on fuel subsidy, saying that the huge amount being expended on the policy could be channeled to other critical sectors.

Malpass said this on Wednesday, while responding to a THISDAY question during a media briefing at the ongoing World Bank/International Monetary Fund Spring Meetings in Washington DC.

The Senate last week approved the total sum of N4 trillion for petrol subsidy in 2022. The figure represented the amount contained in two separate requests by the President to the National Assembly for approval. The President, had in a letter to the Legislature dated 10th February, 2022, sought an additional N2.557 trillion to fund subsidy payments from July to December, 2022.

The World Bank had last November sounded the alarm bells to Nigeria, saying further delay in removing the fuel subsidy which had been described as a major drain and waste on the economy could see federal and state governments unable to pay salaries from 2022. The Lead Economist, Nigeria Country office of the World Bank, Marco Antonio Hernandez, had painted a gloomy picture of Nigeria if the country decides to continue with the controversial fuel subsidy.

But speaking during the media briefing, Malpass pointed out that generalised subsidies have significant negatives effects on any system.

“So, we encourage that when there is need for subsidy, either food or for fuel, that it should be carefully targeted at those most in need of it. And so, we have encouraged Nigeria to rethink its subsidy effort,” he said.

Speaking further, the World Bank boss reiterated the need for the country to do away with multiple exchange rate system, which according to him was often, “complicated and is not as effective as it would be if there were a single exchange rate.”

He added: “The most useful thing for developing countries is to have a single exchange rate that is market-based, that is stable over long periods of time as that attracts investment and so that would help.”

Malpass noted that Nigeria also has trade barriers that continue to distort trade and capital flows, urging the federal government to improve on this so as to help the country and its people move forward.

Commenting on the spate of insecurity in the country, he said: “I take note of the complicated situation that they face where there are weapons flowing into northern Africa that find their way into to none Nigerians that create violence in Nigeria.

“This is a very challenging situation that the government faces. I think all over the world, people should have an understanding of the fragility that is facing several parts of the world, but in particular, the Sahel and the Sub-Saharan Africa area where the weapons flow from outside of Africa are putting a great burden on governments around the continent.

“Nigeria has huge opportunity because of its natural resources and because of its people, and I think I could see its growth accelerate with improvements in policy.”

Meanwhile, the International Monetary Fund (IMF) has stressed the need to boost agricultural productivity in Africa and get farmers to produce more, even as it noted that 20 countries in the region were either in debt distress or very close to debt distress.

Speaking at the opening press conference of the ongoing World Bank/IMF 2022 spring meetings holding virtually, the Managing Director of the Fund, Kristalina Georgieva, said the multilateral institution was working on debt restructuring for the affected countries.

She stated that the IMF and its partners had agreed on an action plan to address the situation.

“In Sub Saharan Africa, 20 countries are in bed distress or very close to debt distress, with interest rates going up. This burden of debt is intolerable. So working to get that restructuring currently, this is a priority for us. And this is why I talked about the common framework,” she said.

Whilst noting that the high and rising food prices were of particular concerns, especially in poor countries where there was a growing risk of a food crisis, she said an international action to avoid it was critical.

“Fighting inflation through monetary policy tightening raises the costs of servicing debt. For low-income countries, its burden has reached 50 percent of GDP, placing 60 per cent of these counties at or near debt distress,” the IMF boss added.

She noted: “To address debt, countries need domestic policies that can help bring their budgets back on track, while providing targeted assistance to the most vulnerable. They can help finance this with more equitable tax policies.”

Furthermore, she said the ongoing Ukraine war had resulted to spike in global inflation as well as insecurity.