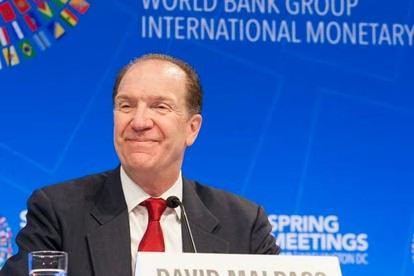 The World Bank is seeking to create a $170 billion emergency fund to help the poorest nations being buffeted by multiple crises, the bank’s president, David Malpass, said Monday.

The “crisis response envelope” will continue the work begun during the COVID-19 pandemic, and help countries deal with surging inflation, which was made worse by the Russia-Ukraine crisis as well as the “severe financial stress” caused by high debt levels, he said.

“This is a continued massive crisis response,” Malpass told reporters.

The Washington-based development lender last week downgraded its forecast for global growth in 2022, and the IMF is expected to do the same when it releases its updated forecasts on Tuesday.

Speaking ahead of this week’s spring meetings of the IMF and World Bank, Malpass said the 15-month aid fund would run through June 2023 and build on the $157 billion COVID-19-response fund, which expired in June 2021.

“We expect to commit around $50 billion of this amount in the next three months,” he said, adding that he plans to discuss the fund with the bank board in coming weeks.

He has recommended improvements in the G20 Common Framework adopted in 2021, which was meant to offer a path to restructure large debt loads, but has not yet produced results.