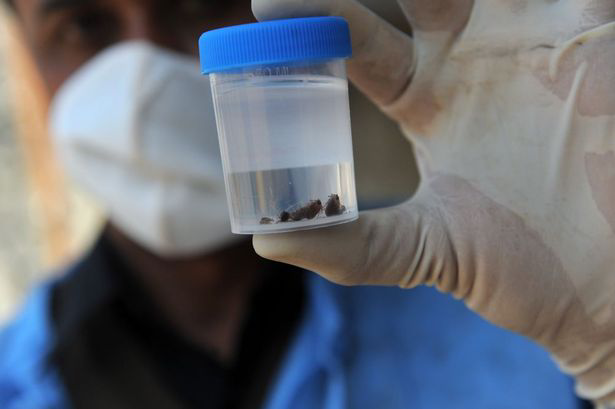 A woman in the UK has been diagnosed with a tick-borne viral disease that has a 40% chance of killing those it infects.

Crimean-Congo haemorrhagic fever is a viral disease usually transmitted by ticks and livestock animals in countries where the disease is endemic.

Like Ebola, Crimean-Congo haemorrhagic fever (CCHF) has a high mortality rate and presents with similar symptoms at the start of infection, but unlike Ebola it does not spread easily from human to human.

The woman, who had recently travelled to Central Asia, was diagnosed with CCHF at Cambridge University Hospitals NHS Foundation Trust and is receiving specialist care at the Royal Free Hospital in London.

Dr Susan Hopkins, chief medical adviser at the UKHSA, said the virus “does not spread easily between people and the overall risk to the public is very low”.

She said the agency was working to contact people who have been in close contact with the woman to assess them and provide advice.

It is the third known case of the fever in the UK, with prior cases reported in 2012 and 2014, both of which did not spread.

According to the World Health Organisation, if patients die it is usually in the second week of infection.

In patients who recover, improvement generally begins on the ninth or 10th day after the onset of illness.

Dr Hopkins added: “UKHSA and the NHS have well-established and robust infection control procedures for dealing with cases of imported infectious disease and these will be strictly followed.”

The disease was first described in the Crimea in 1944 and given the name Crimean haemorrhagic fever, according to the World Health Organisation.

In 1969 it was recognised that the pathogen causing Crimean haemorrhagic fever was the same as that responsible for an illness identified in 1956 in the Congo.

The linkage of the two place names resulted in the current name for the disease and the virus.

“It can also be contracted through contact with viraemic animal tissues (animal tissue where the virus has entered the bloodstream) during and immediately post-slaughter of animals.

“CCHF outbreaks constitute a threat to public health services as the virus can lead to epidemics, has a high case fatality ratio (10-40%), potentially results in hospital and health facility outbreaks, and is difficult to prevent and treat.

“CCHF is endemic in all of Africa, the Balkans, the Middle East and in Asia.”

The WHO says following infection by a tick bite, the incubation period of Crimean-Congo haemorrhagic fever is usually one to three days, with a maximum of nine days.

Following contact with infected blood or tissues, the incubation period is usually five to six days, with a maximum of 13 days.

They add that the onset of symptoms is sudden, and are fever, muscle ache, dizziness, neck pain, backache, headache, sore eyes and photophobia (sensitivity to light).