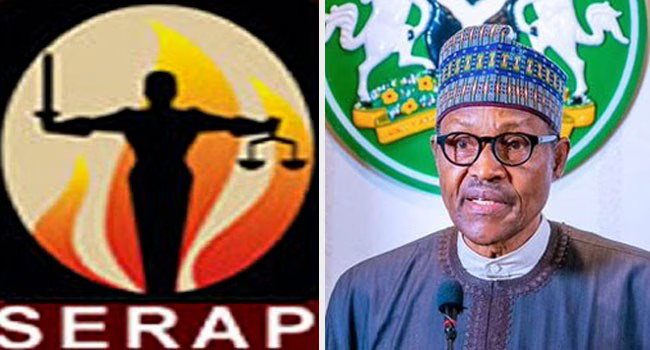 The Socio-Economic Rights and Accountability Project has urged the President, Major General Muhammadu Buhari (retd.), to use his “leadership position to urgently withdraw the names of nominees recently submitted to the Senate for confirmation as Resident Electoral Commissioners of the Independent National Electoral Commission who are allegedly members of the All Progressives Congress.

SERAP said at least four of the 19 nominees allegedly either belonged to a political party or had been previously indicted for corruption.

In a letter dated September 3, 2022, and signed by SERAP deputy director Kolawole Oluwadare, the organisation said, “the combined effect of the Nigerian Constitution 1999 [as amended], the Electoral Act and international standards is the requirement that elections must be organised by a truly independent and impartial electoral body.”

SERAP said, “Withdrawing the names of those nominees who are allegedly members of the APC, and replacing them with people of unquestionable integrity and competence, and who are not members of any political party would improve the independence of INEC and promote public confidence in the appointment process.”

According to SERAP, the Buhari-led government has a legal responsibility to promote and guarantee the integrity, credibility, and independence of INEC, and to ensure that the electoral body is free from political and other interferences.