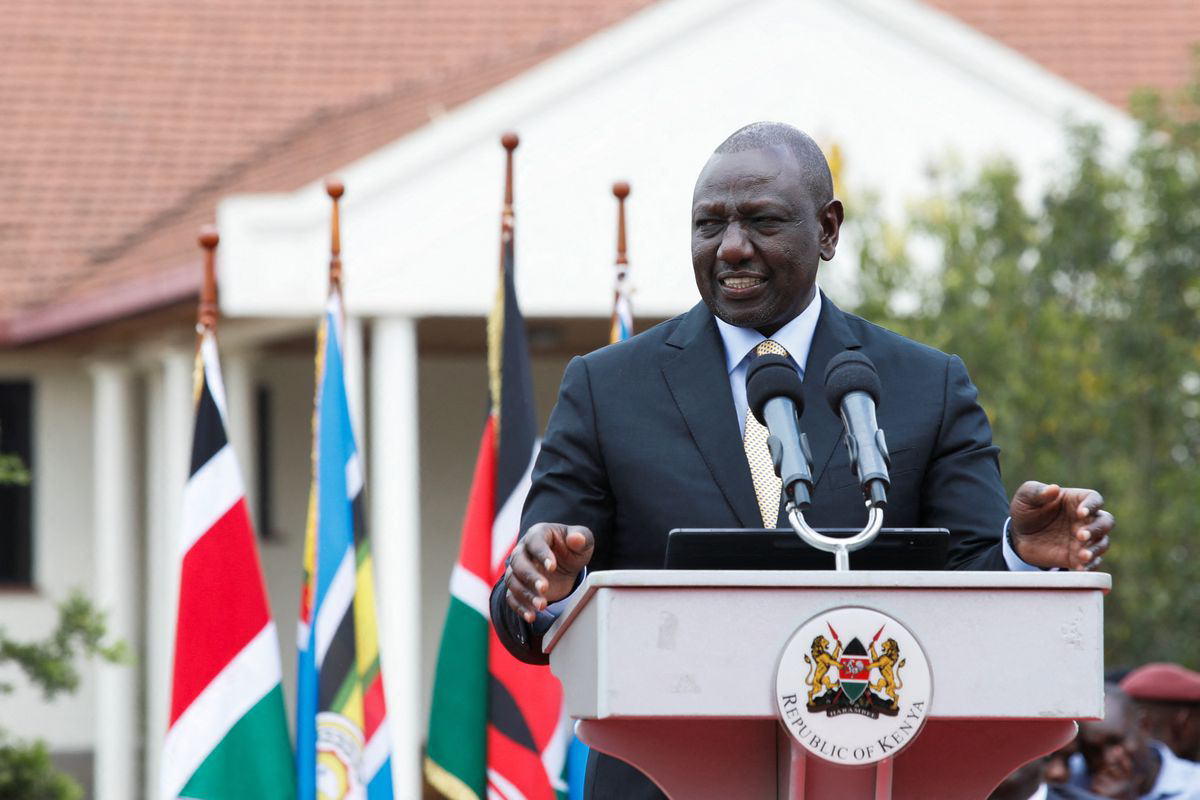 William Ruto was sworn in as Kenya’s fifth president on Tuesday, a week after the Supreme Court upheld an election that dashed the hopes of the nation’s most prominent political families and handed power to a man who began his career as a roadside chicken seller.

Ruto, who served as deputy president for the past 10 years, takes over at a time of surging food and fuel prices, high unemployment and rising public debt.

By 5 a.m., Nairobi’s 60,000-seat Kasarani Sports Centre was packed with Ruto’s supporters resplendent in his party’s colours of yellow and green. They danced and waved miniature national flags to the strains of a band.

“He is our fellow youth! I know he will bring us more opportunity,” said dancer Juma Dominic as he and his troupe warmed up.

The National Police Service had tweeted that the stadium was full by 5 a.m. and asked citizens to stay home, but crowds continued to try to force their way inside. The St John’s Ambulance Service said it had taken several injured people to hospital

FROM DEPUTY TO PRESIDENT

Ruto has been deputy to President Uhuru Kenyatta since 2013, but they fell out after the 2017 election. Kenyatta backed opposition leader Raila Odinga to succeed him in the August election and denounced Ruto as unfit for office.

Kenyatta finally publicly congratulated Ruto on the eve of his inauguration.

“You will be president not just for those who voted for you but for all Kenyans,” he said.

Odinga had filed a court challenge accusing Ruto of cheating his way to victory, but the Supreme Court swept aside his petition alongside several others. It was the fifth time that Odinga, 77, had stood for election

Odinga accepted the court’s decision, helping avoid the kind of violent protests that marred the elections he lost in 2007 and 2017. He did not attend the inauguration, however, and said on Monday that the election had not been free and fair.

Ruto, a 55-year-old former roadside chicken seller who is now a wealthy businessman, campaigned by portraying himself as an underdog “hustler” battling the elite. Odinga and Kenyatta are the sons of the nation’s first vice president and president respectively.

That message resonated with chronically underemployed youths and families squeezed by poverty and rampant corruption, which Kenyatta publicly acknowledged he was unable to rein in.

One of Kenya’s most prominent civil society activists, Boniface Mwangi, said on Monday that overconfidence, disorganisation and Kenyatta’s embrace had doomed Odinga’s campaign.

“Every time Uhuru spoke on behalf of the party, we suffered,” he wrote, pointing out that Kenyans had suffered hardship and corruption for 10 years while Kenyatta and Ruto were in charge. ($1 = 120.3000 Kenyan shillings)