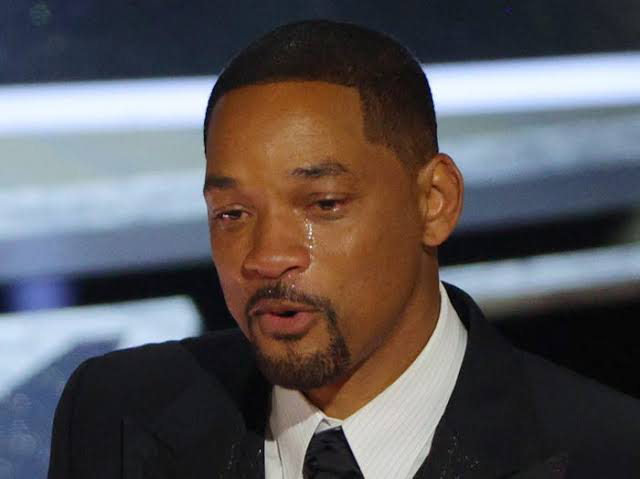 The Academy of Motion Picture Arts and Sciences has announced the initiation of “disciplinary proceedings” against Will Smith over his behavior at Sunday’s Oscars.

The Academy said in a statement Wednesday that its Board of Governors has begun the process of disciplining Smith for “inappropriate physical contact, abusive or threatening behavior and compromising the integrity of the Academy.”

They also said that Smith was asked to leave the Oscars after slapping Chris Rock on stage and yelling expletives, but the actor refused. Smith went on to win the Oscar for best actor for his role in “King Richard,” giving a tearful speech on stage.

“Things unfolded in a way we could not have anticipated,” the Academy’s statement read. “While we would like to clarify that Mr. Smith was asked to leave the ceremony and refused, we also recognize we could have handled the situation differently.”

The Academy also condemned Smith’s actions as a “deeply shocking, traumatic event to witness in person and on television” and apologized to Rock, whom Smith slapped on stage over a joke about his wife Jada Pinkett Smith’s bald head.

As a result of Smith’s actions, the Academy has provided the actor with “15 days notice of a vote regarding his violations and sanctions, and the opportunity to be heard beforehand by means of a written response.” The Academy said it may decide to take other disciplinary action, including suspension, expulsion or other sanctions, at its next board meeting April 18.

In a previous statement Monday afternoon, the Academy said it planned to investigate the incident: “The Academy condemns the actions of Mr. Smith at last night’s show. We have officially started a formal review around the incident and will explore further action and consequences in accordance with our Bylaws, Standards of Conduct and California law.”

This was a step further than the Academy’s statement just after Sunday night’s show, which said the organization does not condone violence.

As Rock presented the award for best documentary feature, the comedian made a joke about Pinkett Smith. Rock said he couldn’t wait to see her star in “G.I. Jane 2,” referencing her shaved head.

Last year, Pinkett Smith said she went bald after daughter Willow encouraged her to do so. She also revealed she has had alopecia, an autoimmune disease that results in severe hair loss, since 2018.

Smith shared a statement on Instagram Monday condemning violence “in all its forms” and apologizing to Rock, the Academy, the Oscars’ producers, everyone in attendance and everyone watching from home.

“My behavior at last night’s Academy Awards was unacceptable and inexcusable,” he wrote, adding that he “reacted emotionally.” “I am embarrassed and my actions were not indicative of the man I want to be. There is no place for violence in a world of love and kindness.”

At first, Smith seemingly laughed at the joke, but then got up and hit Rock in the face as he stood on the stage. Rock appeared to be in shock as Smith sat back down and shouted, “Keep my wife’s name out of your (expletive) mouth,” twice.

The feed from ABC appeared to cut for many viewers during the incident, but international broadcasts picked up the entire moment, with Rock saying, “Will Smith just smacked the (expletive) out of me.” Rock declined to file a police report Sunday, Los Angeles police appeared to confirm.

During his acceptance speech for best actor later in the night, Smith apologized to the Academy, but not to Rock.

He continued: “Art imitates life. I look like the crazy father, just like they said about Richard Williams. But love will make you do crazy things.”

Pinkett Smith broke her silence about the incident Tuesday, sharing a graphic on Instagram that read: “This is a season for healing and I’m here for it