Wike visits Yahaya Bello, hails him for including youths in governance 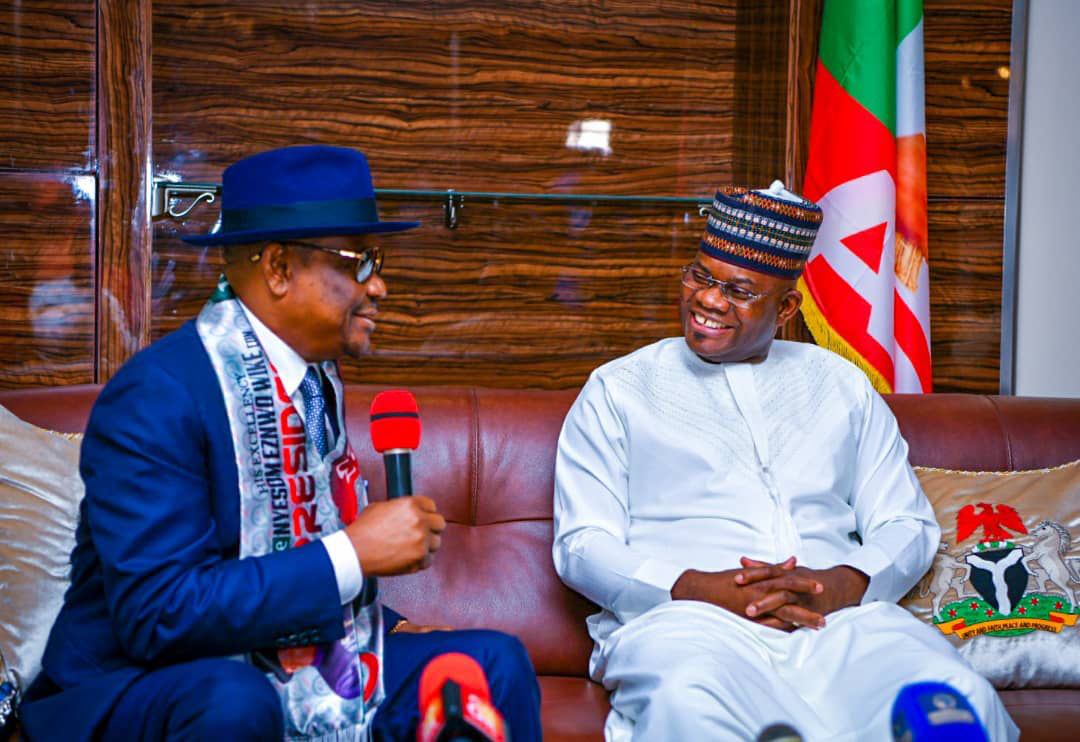 Nyesom Wike, governor of Rivers, has commended his Kogi counterpart, Yahaya Bello, for including youths in his administration.

The Rivers governor spoke on Wednesday when he visited Bello at the government house in Lokoja, the capital of Kogi state.

Wike, who is a presidential hopeful on the platform of the Peoples Democratic Party (PDP), said he deemed it important to visit Bello despite party differences.

While expressing optimism that he will win the PDP presidential primary election, Wike said he wishes Bello emerges the standard-bearer of the APC so that he can contest against him in the 2023 election

“Your excellency, let me, first of all, commend you for what you are doing in Kogi state,” he said.

“Involving youths in governance is not just sending them to the social media for the campaign but engaging them in active governance the way you are doing here so, I commend you for what you are doing.”

In his remarks, Bello thanked Wike for recognising his effort to include youths in governance.