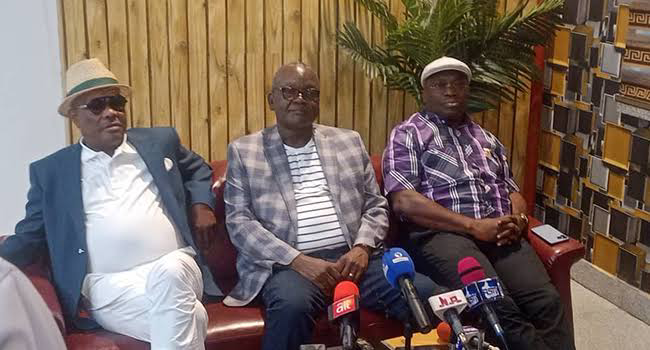 Governor Nyesom Wike of Rivers State has arrived in Port Harcourt from the UK.

Wike was accompanied by Governor Samuel Ortom of Benue and Okezie Ikpeazu of Abia State.

The Peoples Democratic Party Governors during their time in the United Kingdom had met with the PDP presidential candidate, Atiku Abubakar.