Wike donates N200m to victims of bandits attacks in Kaduna 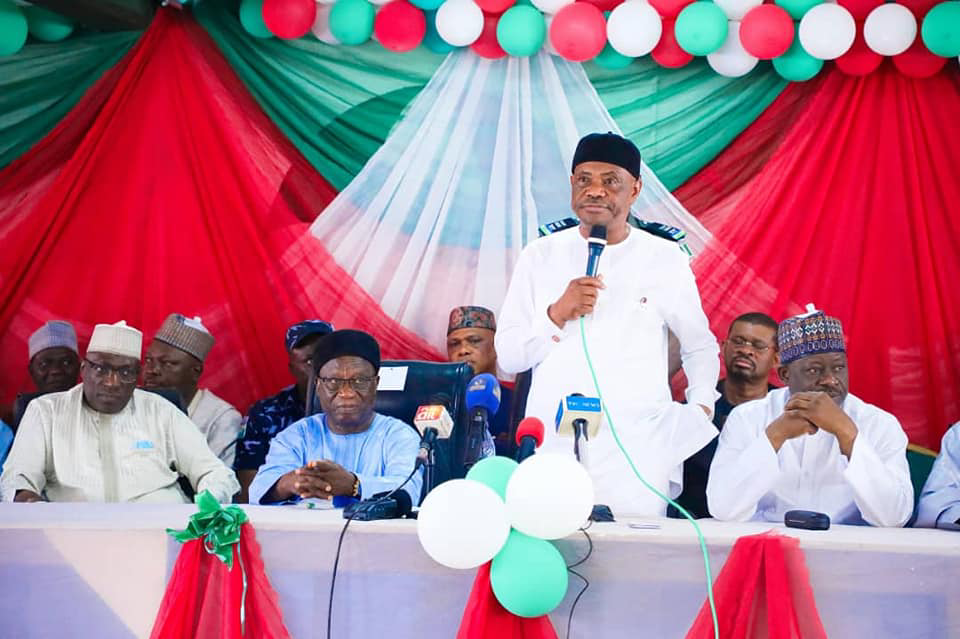 Nyesom Wike, governor of Rivers, has donated N200 million to victims of banditry in Kaduna state.

The governor, who was in Kaduna on Monday for consultations over his presidential ambition, said the state used to be one of the most peaceful in the country.

The Rivers governor said insecurity would be a thing of the past if he is elected president of the country.

“I am here today to say that this country needs rescue. We came here to say we must not take sentiments to 2023 election. We came here to tell you that what PDP requires now is to get somebody who is courageous, who can withstand this party and win this election in 2023. PDP needs someone like me to take back power from the APC,” Wike said.

“I am not here to tell you that I am just a mere presidential aspirant. I want to win election if you give me the ticket.

“It is no longer a story the situation our country found itself under APC. Take for example, with the state we are in today. Kaduna was one of the most peaceful states; people travelled freely.

“No leader in the north will say that he does not have a house in Kaduna state. People could leave Abuja by 10pm and come to Kaduna.

“When I was minister, I came to Kaduna by road. But today, what is happening? Kaduna has lost its glory and it is because of the inefficiency of those in the government.