Wike: Atiku is working with enemies of Rivers, I won’t campaign for him 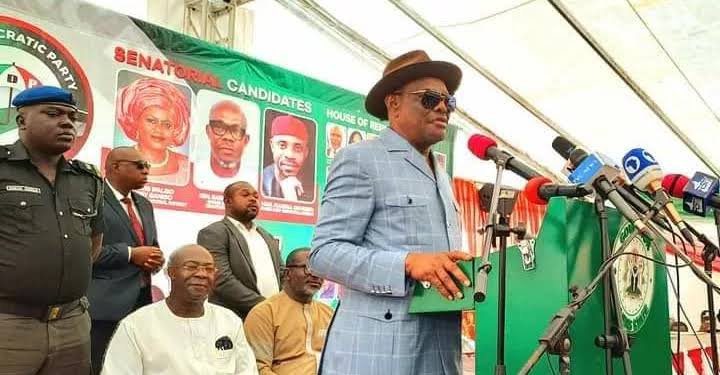 The Governor of Rivers State, Nyesom Wike on Monday said the People’s Democratic Party (PDP) in Rivers would not campaign nor vote for Atiku Abubakar, the presidential candidate of the party in the 2023 general elections.

Wike while addressing party stakeholders and supporters in Port Harcourt during the inauguration of the Rivers State PDP campaign rally said Atiku picked those he wanted to work with in Rivers without consulting or accommodating his input, thus undermining the state’s electoral value.

Wike who alleged that Atiku appointed the enemies of the state to his campaign council said, “If he wants us to work with him, if he wants us to campaign for him, he would have talked to us.

He said, “The presidential candidate has chosen enemies of the state as members of his campaign council, even me the governor of the state I do not have any input. If anybody did not accommodate the interest of Rivers State, we will also not have their interest at heart.”

In a public address where he vowed to fight whoever challenges his system, Wike said it does not matter how long someone has known another person, but the value he or she has added to the person.

“If anybody fights our system, we will fight the person back. Let me tell you what you don’t understand in politics. The moment you claim to be working with us and tomorrow, you shift to our enemy, we will use every might we have against you.

“We would even leave our enemy and finish you. So all of you who are going to Abuja to hold meetings with our enemies, I will finish you. You can’t come here get contracts, make money, then go to Abuja to work against us and think I will leave you? I will not.