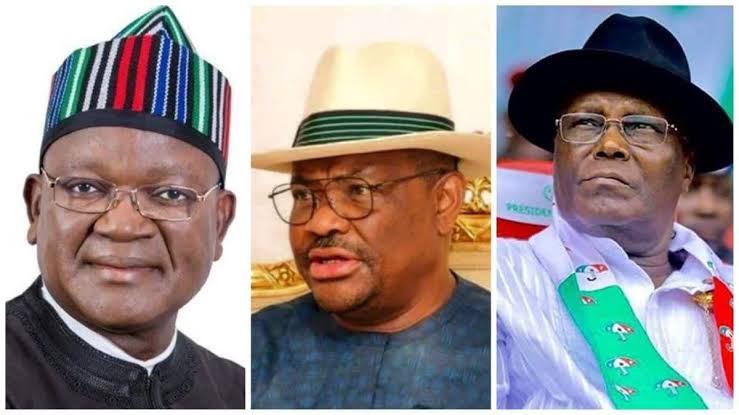 Governor Samuel Ortom of Benue State on Monday said the presidential candidate of the Peoples Democratic Party, Atiku Abubakar, had accepted the advice given to him regarding his disagreement with Rivers State Governor, Nyesom Wike.

Ortom had berated Atiku for failing to pick Wike as his running mate despite a recommendation by a party committee.

He also faulted Atiku for failing to reach out to Wike and some other aggrieved members of the party after picking Governor Ifeanyi Okowa of Delta State as his running mate.

However, Atiku had last week faulted Ortom for saying that the PDP committee recommended Wike as the party’s vice-presidential candidate.

He claimed that the committee set up at his instance recommended three names; Wike, Okowa and Governor Udom Emmanuel of Akwa Ibom and he settled for Okowa.

Fielding questions from journalists at the Benue State Government House, Makurdi, on Monday, Ortom said he did not want to be dragged into a face-off with Atiku.

He said Atiku had acceded to his advice and was already meeting with Wike.

“Whatever happens rightly or wrongly, I accept it. We’re the same family; we will find a way of resolving our matter.”

Meanwhile, there were indications on Monday that the rift between Wike and Atiku were far from over as Wike’s supporters in the party again berated Atiku for failing to pick him.

The Rivers State Chairman of the PDP, Desmond Akawor, said the party’s presidential candidate was entitled to his opinion, but he was unfair to Wike.