WHO Alarmed By Attacks On Ukraine Health System 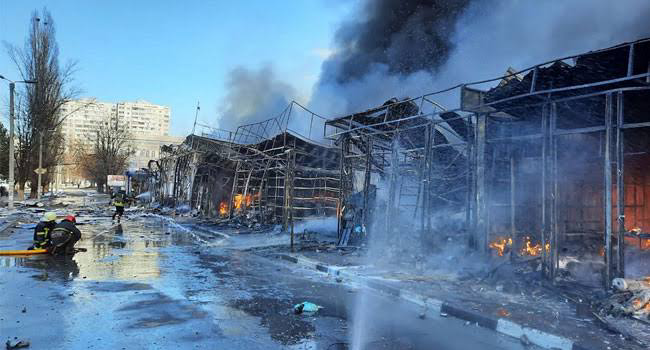 The World Health Organization said Wednesday that healthcare facilities and personnel globally were being attacked at an unprecedented rate — in particular in the conflict in Ukraine.

“Health is becoming a target,” he lamented. “It is becoming part of the strategy and tactics of war.”

Attacks on healthcare have been rising around the world, with 89 registered globally since the start of the year — but nowhere has the pace of attacks been faster than in war-ravaged Ukraine.

In just the three weeks since Russia launched its full-scale invasion on February 24, there have been at least 43 attacks on healthcare in Ukraine, according to a WHO tally.

The verified attacks, which have killed 12 people and injured 34, include 34 attacks on hospitals and other health facilities, seven on ambulances and 10 on health personnel, WHO said.

In one of the most shocking instances, a maternity and children’s hospital in the southern city of Mariupol was shelled last week, killing three people, including a child.

At least three people were killed, including a young girl, in an attack Wednesday on a children’s hospital in Mariupol in southern Ukraine.

“This crisis is reaching a point where the health system in Ukraine is teetering on the brink,” Ryan said, warning that the attacks were also making it far more difficult for WHO to send in support.

“How can we put emergency medical teams on the ground if the very facilities that they may want to go and support are going to be attacked, and going to be bombed and going to suffer catastrophic damage?”READ ALSO:  More Than 1.7 Million People Flee War In Ukraine, Says UNHCR

Ryan stressed that international humanitarian law requires those fighting not only to not target health facilities, but to “specifically take measures to avoid attacking or inadvertently destroying” them.

Destroying health facilities, he said, was “not just about the destruction of buildings.”

“Attacks on healthcare not only endanger lives, they deprive people of urgently-needed care and break already-strained health systems,” he told reporters.

WHO said 300 health facilities are along the conflict front lines in Ukraine, or in areas now under Russian control.

Another 600 facilities are within 10 kilometres of the conflict line.