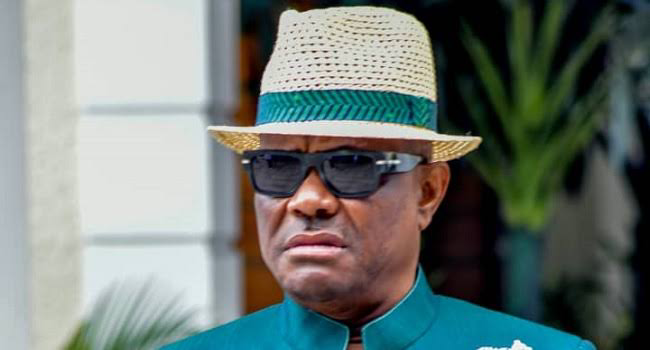 The Rivers State Government has issued a stern warning to a group of persons who it says are orchestrating a campaign of calumny against the State Governor, Nyesom Wike.

The State Commissioner for Information and Communications, Chris Finebone, who briefed journalists in Port Harcourt after the state executive council meeting last night, said the persons seem to be uncomfortable with the role of Governor Wike in the demand by the G-5 Governors of the Peoples Democratic party for fairness, equity and justice in the party.

The communication at the briefing displayed a copy of a document said to bear the sinister plot by the people he describe as faceless and political detractors of Governor Wike.

He, however, did not reveal the content of the document, nor the identities of the persons involved.

“This is the evidence of the plot to blackmail Governor Wike. This is the document and it is titled, ‘proposal with hashtag, to end Wike rascality programme.’”