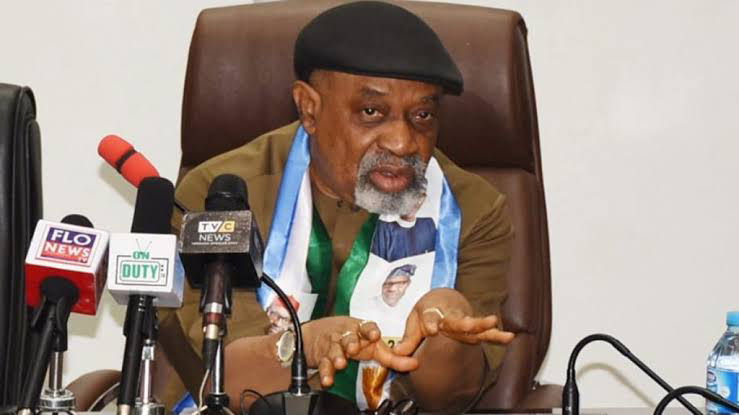 The Minister of Labour and Employment, Senator Chris Ngige, has denied saying that the federal government was reviewing the salaries of public and civil servants.

Ngige said the increase he alluded to with State House Correspondents in Abuja was on the remunerations and emoluments of the affected workers, especially the civil servants.

The minister’s denial was contained in a statement signed by Head, Public Relations at the Ministry, Mr. Olajide Oshundun.

The statement read, “The attention of the Minister of Labour and Employment, Senator Chris Ngige, has been drawn to the news item that the FG is reviewing salaries of public and civil servants which was a fall out of his interaction with State House Correspondents after his recent audience with Mr. President.

“The minister wishes to clarify that the increase he talked about was on the remunerations and emoluments of the affected workers, especially the civil servants.”

The statement said the Presidential Committee on Salaries through the Office of the Secretary to the Government of the Federation had received recommendations for review of allowances of many Ministries, Departments and Agencies of Government.

Because salary component is not being reviewed for now by the committee, it addressed the allowances component of the requests including the peculiar allowance for Federal Civil Servants amongst others.”

According to the ministry, in labour parlance, remuneration or emolument is made up of salary component and earned allowance component.

“Therefore, the FG through the PCS could not have engaged on the review of salaries without involving the workers through their unions, represented by these two labour federation of workers in Nigeria –  The Nigeria Labour Congress and the Trade Union Congress of Nigeria salary review or renegotiation is part of social dialogue and the product is usually a Collective Bargaining Agreement usually agreed to by both parties – employers and employees.

“For the avoidance of doubt, the minister made it clear to the press corps that it was still work in progress and that the end-product of this review of allowances would be submitted to Mr. President for consideration and final approval and that this was one of the Labour issues he briefed him on, that day. It’s hoped that this rightful step which the FG had embarked upon on compassionate grounds without any prodding or threat to strike will help to cushion the debilitating effects of spiraling inflation especially that which affects food and energy prices (electricity and petroleum products).

“The minister wishes to reassure that the committee is optimistic that Mr. President will receive and consider the recommendations before the end of the first quarter in 2023,” it said.