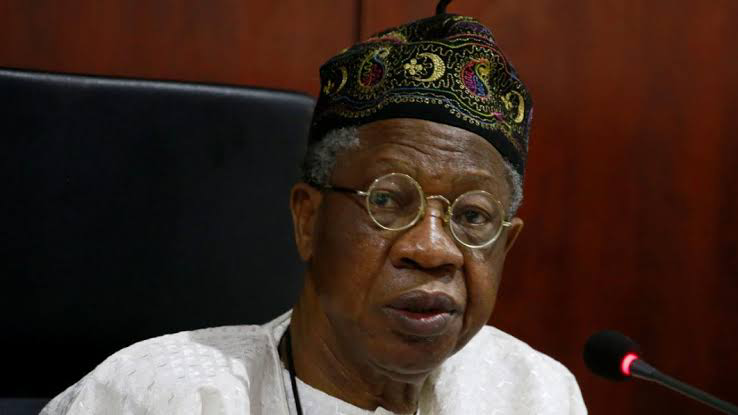 Minister of Information and Culture, Lai Mohammed has raised the alarm that the money earmarked for his ministry to fight fake news, and hate speech in 2023 falls short of expectation.

The minister stated this on Tuesday when he appeared before the Senate Committee on Information with heads of agencies under his ministry to defend the 2023 budget proposal.

A sum of N81.7 million is earmarked for the ministry to fight against fake news in the 2023 budget.“If there is any ministry that should be adequately funded and not suffer from yearly budget cuts, is the Information Ministry.

“The terror alert raised by America and some other countries against Nigeria, though debunked, but not properly done in terms of putting things in proper context is making the wrong perception to becoming a reality.

“The Ministry is even more incapacitated from discharging its basic functions of getting Nigerians informed at all times as regards the position of the government on burning issues through the yearly budgetary slash.

“Distinguished Senators, I’m extremely sad as far as yearly budgetary cuts are concerned, because it is getting worse and worse by the day.

“A worrisome example of this is that while the Information Ministry was given N2.5billion for capital expenditure in 2022, one-third of it which is N869million is earmarked for a similar purpose in the 2023 budget proposal.

“This to us in the Ministry is very depressing because it seems as if is the main agency bearing the burden of cash crunch being faced by the government,” he said.

But the Chairman of the Committee, Senator Danladi Sankara, reminded the minister that yearly budget cuts are not limited to Information Ministry but all MDAs generally since the capital vote component of the federal budget itself dropped from N2.5trillion to N1trillion.

However, a member of the Committee, Senator Ibrahim Abdullahi Danbaba, assured him that budgetary votes will be made available for the Ministry on advocacy for the 2023 general elections