We may relocate sensitive materials from CBN, says INEC 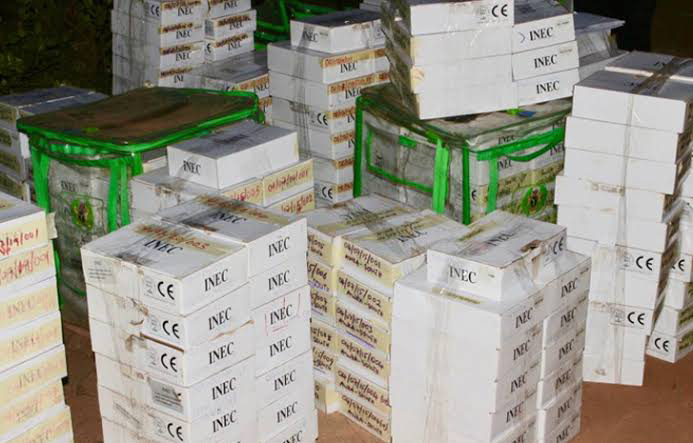 The Independent National Electoral Commission (INEC) says it is working on the likelihood that there would be need for alternatives for storing sensitive election materials outside the Central Bank of Nigeria (CBN).

Mahmood Yakubu, INEC chairman, said this on Thursday at a meeting with media organisations on preparations for the 2023 elections.

Yakubu was responding to a question on the implication of Godwin Emefiele, CBN governor, expressing interest in contesting the presidency.

There have been concerns over Emefiele’s bid, including issues around the fact that sensitive election materials are usually kept in the CBN.

Although President Muhammadu Buhari has issued a directive for appointees interested in contesting the elections to resign, Emefiele, who currently has a case in court on his presidential bid — with INEC listed as a respondent — has not resigned as CBN governor.

Speaking on the development, the INEC chairman said the commission is monitoring the situation.

“The Central Bank, as a bank, is responsible for storage and movement of these sensitive materials and the experience we have had, so far, is that there hasn’t been any reason to doubt the capacity of the Central Bank to discharge that responsibility,” he said.

“As we speak, our director of investigations and prosecution is in court. There is a case in court and we have been invited to state our own side of the story.

“We usually refrain from talking about matters that are essentially sub judice, but we have already started thinking about what alternatives are there available to us in case we need to change the arrangement for the handling of sensitive materials.

“We have started thinking about it. So, don’t worry so much about that. We’re aware of the situation. We’ll watch the situation. We still have nine months before the next general election. Things may be sorted out before then, but whatever the case, rest assured we’ll not jeopardise the conduct of the election.”

On finances of political parties, Yakubu said INEC is working with the Economic and Financial Crimes Commission (EFCC) to address vote buying during elections.

He also said as of May 6, political parties had complied with the requirements on submission of hard and soft copies of their membership registers.