We have nothing to hide – NNPC GMD 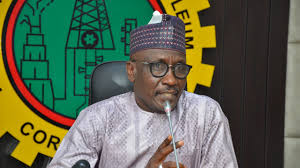 Malam Mele Kyari, Group Managing Director/Chief Executive Officer (CEO), Nigerian National Petroleum Company Ltd. (NNPC) says company has nothing to hide and will comply with the request of the House of Representatives Committee on Public Accounts.

The disclosure by the NNPC CEO came in the wake of the House of Representatives Committee on Public Accounts’ request to the company seeking the appearance of Heads of NNPC subsidiaries before the committee.

Kyari, in a statement on Tuesday in Abuja said that it would comply with the committee’s requirement and continue to be accountable and transparent.

“We have nothing to hide, Mr Chairman. We recognise that this company belongs to over 200 million Nigerians as its shareholders, thus we have been accountable and transparent and we will continue to remain so.

“No national oil company in the world is as transparent as we are. We shall comply with the House Committee’s requirement,” Kyari stated.

The committee had on March 16, through a letter signed by its Chairman, Oluwole Oke (PDP: Osun), summoned the 17 subsidiaries of NNPC to respond to audit queries by the Auditor-General for the Federation over the operations of their finances between 2014 and 2019