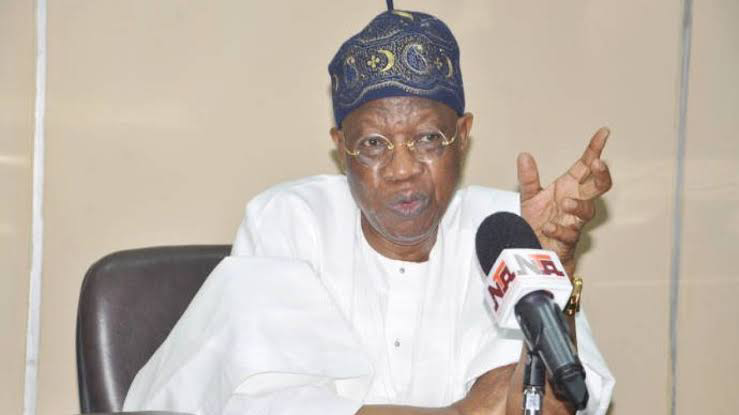 The Federal Government says it has no plan to remove fuel subsidy at this time, because such action would lead to chaos and instability in the country.

Minister of Information, Lai Mohammed, who made this position known during an interview with Reuters, noted that other countries were introducing measures to help citizens cope with high oil energy prices, adding that Nigeria will not be an exception.

“When you consider the chaos, the social disharmony and instability such an action of abolishing subsidies would facilitate, is it worth it? I don’t think so”, Mohammed said.

Oil price hit its highest level of $123.7 per barrel in 14 years, and there are fears in government circles that the country may surpass its monthly fuel subsidy budget.

Experts are of the view that Nigeria may not be able to maximise the benefits of rising oil prices because of the fuel subsidy burden.

As of 2021, when crude oil price averaged $62 per barrel, the federal government spent a whooping sum of N1.2trn subsidising petrol.

In January, February, March and April of this year, the Nigerian National Petroleum Company Ltd incurred N210.38bn, N219.78bn, N245.77bn and N271.58bn for payment of fuel subsidy respectively, giving a total of N947.51bn during the four-month period.

President Muhammadu Buhari had recently approved an increase in the estimated provision for Premium Motor Spirit subsidy for 2022, by N442.72bn from N3.557trn to N4trn.

The World Bank had last month estimated that the increase in global price of crude oil will push the fuel subsidy budget of the federal government from the current N4trn to about N5trn by the end of this year.

The Minister of Finance, Budget and National Planning, Zainab Ahmed, had also last month, expressed concern that the fuel subsidy regime was hurting Nigeria’s ability to service its debts.

The Finance Minister called on Nigerians to understand that fuel subsidy was causing a massive fiscal burden, saying a situation, whereby the federal government borrows for consumption was wasteful.

She lamented that investments that were needed to be made in oil and gas sector are being delayed and deferred to a later time because of the huge fuel subsidy burden.