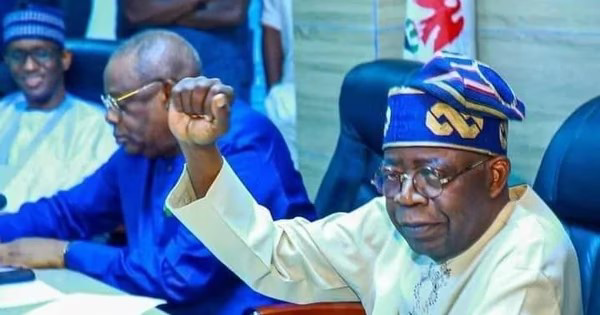 Asiwaju Bola Tinubu says the private sector should wage a constant war with the government to combat underdevelopment, unemployment among others.

The presidential candidate of the ruling All Progressives Congress (APC) in the 2023 election said this at Lagos on Tuesday during a meeting with business leaders in Lagos where he unravelled his plans for the nation if elected Nigeria’s leader.

“I see no conflict between the business community and the government, yet with equal conviction I believe the private sector and government should constantly be at war. But they wage this battle not as enemies; they must stand as inseparable allies combating the mutual enemies of scarcity, underdevelopment, joblessness and fear,” the APC flagbearer said.

Tinubu, a former governor of Lagos said he is satisfied that the current governor of the state is carrying on with the blueprint and master plan he and his team development for the state while in office.

He said that they did a lot to improve Lagos and that his intention now is to bring such improvement all around the nation.

“We turned this state into safer, more prosperous place where people can go about any legitimate vocation or venture regardless of their ethnicity, religion, region or prior social status. We did more than open Lagos for business, we opened the door for all Nigerians to join and experience the recent things progressive democratic governance can bring.

“We were not perfect but we did a lot. In doing so, we worked hand in hand with the business community partners sharing the same goal of prosperity and renewed hope.

“Whereas you might have heard at some point recently I now stand before you seeking a yet similar job. The pragmatic problem solving and teamwork that improved Lagos is what I want to bring to the nation,” Tinubu said