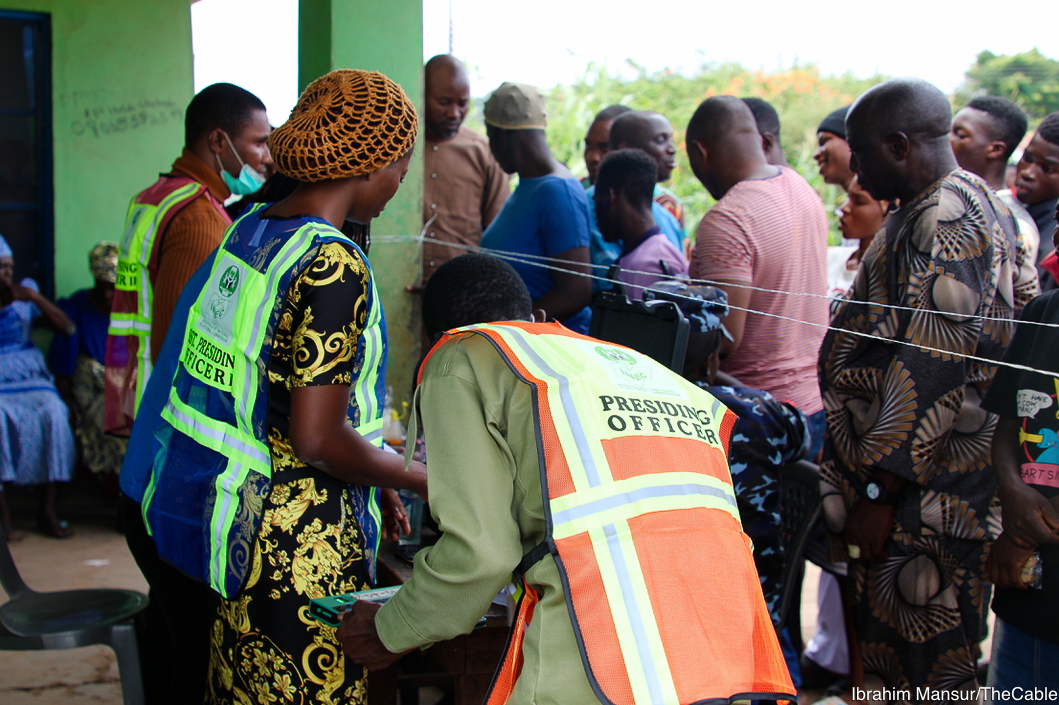 Ahead of the 2023 elections, the Independent National Electoral Commission (INEC) has rolled out measures to curb vote buying and increase transparency.

Festus Okoye, INEC’s national commissioner, spoke on the measures on Tuesday during the citizens elections dialogue hosted by YIAGA Africa and the United Nations Development Programme (UNDP) in partnership with Channels TV.

Okoye said the commission is committed to carrying out its mandate in upholding a transparent and accountable electoral system.

“This commission is focused and determined to give Nigerians a good election. In terms of the issue of vote buying, the commission has reconfigured the various polling units to guarantee the secrecy of the votes,” the national commissioner said.

In terms of training of ad-hoc staff, we’ve given them very good training and we’ll continue to train them on how to configure and position the voting cubicle to guarantee the secrecy of the votes.

“We have also made sure that people do not enter the voting compartments with their mobile phones that can take pictures and we’re also collaborating with the different security agencies under the auspices of the inter-agency consultative committee on election security to make sure that plain clothe security personnel are deployed to some polling units on election day to stem the issue of vote buying and vote selling.

“It’s fashionable to grandstand relating to the commitment of the INEC to free, fair and transparent election. But you should also flip back and look at some of the party primaries that some of the political parties conducted and how well they conducted them.

Okoye said the commission made a deliberate effort to include technology in the electoral process to avoid “human interference”.

“We deliberately decided to include technology in the electoral process in order to alleviate pernicious human interference in that process,” he said.

Okoye added that the commission will do “whatever it takes to guarantee free, fair, transparent and inclusive” elections in 2023.