Vladimir Putin given ‘three years to live’ due to his ‘rapid’ cancer, FSB spy claims 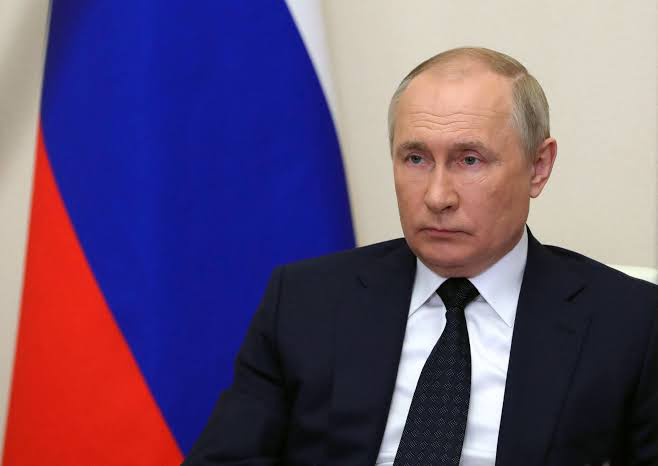 Rumours of Russia’s despotic president Vladimir Putin are ramping up, as a Russian intelligence source has claimed that he has just three years to live.

The FSB office has claimed that Putin has a “severe form of rapidly progressing cancer”.

The Mirror reports how the unnamed spy also told that Putin is beginning to go blind.

He said: “He has no more than two to three years to stay alive.

“We are told he is suffering from headaches and when he appears on TV he needs pieces of paper with everything written in huge letters to read what he’s going to say.

“They are so big each page can only hold a couple of sentences. His eyesight is seriously worsening.

“And his limbs are now also shaking uncontrollably.”

And the comments were backed up by the Chief of the Defence Intelligence of Ukraine, Major-General Kyrylo Budanov.

He said this week that Putin has “several” serous illnesses, one of which is cancer.

The rumours of Putin’s cancer diagnosis have haunted him in recent years, but grew stronger since the invasion of Ukraine began in March.

Budanov said: “He has several serious illnesses, one of which is cancer.”

And a Russian spy who defected to the UK, Boris Karpichkov, backed the comments.

He wrote, on a Telegram channel: “He won’t wear glasses to help because that would be a sign of weakness.”

However, in a strange turn of events, British intelligence chiefs believe that Putin might already be dead.

Senior MI6 bosses say the Russian president has been seriously ill and that if he had died, his cronies would hush it up to keep power for as long as possible.

A body double may also have been used at public events, like the Moscow Victory Day Parade earlier this month.

One intelligence source said: “Putin is very ill and when he dies his death will be kept secret for weeks, if not months.

“There is also the possibility that he is already dead. It’s impossible to know. It is believed that Putin has employed body doubles in the past when he has been unwell and the Kremlin could be doing so now.

“Putin is the head of a small group of senior officials who are completely loyal to him.

“The real fear (for his cronies) is that once his death is announced there could be a Kremlin coup and Russian generals will want to withdraw from Ukraine.

If Putin were to die, in the short term Mikhail Mishustin, the Prime Minister, would automatically assume power, but Kremlin watchers are tipping Dmitry Kovalev as a possible future leader. Kovalev, a member of the Presidential Administration, appears to be one of the few people that Putin trusts