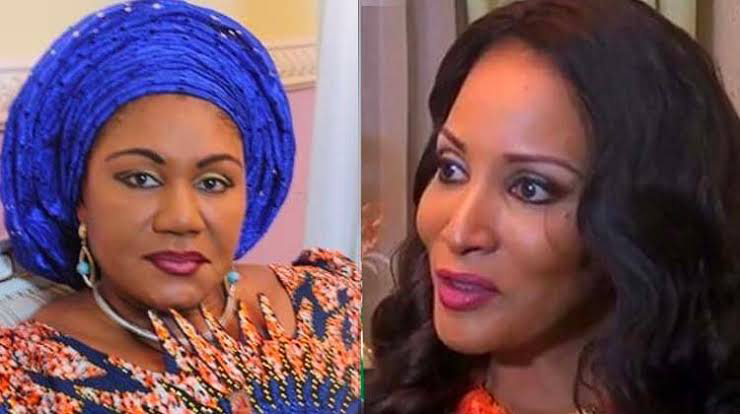 Wife of former Governor Willie Obiano, Ebelechukwu and the widow of Dim Odumegwu Ojukwu, Bianca Ojukwu engaged in a physical fight when Prof Charles Chukwuma Soludo was inaugurated as Governor of Anambra State on Thursday.

Prof Soludo was sworn in as the 6th democratically elected Governor of Anambra along with his Deputy, Dr Onyekachukwu Ibezim by Hon. Justice Onochie Manasseh Anyachebelu, Chief Judge of the State.

However, the events of the inauguration of Soludo was marred as Ebelechukwu and Bianca engaged in the fight after the former stepped in and moved to the front row where the widow of Ojukwu was seated.

According to an eyewitness, Obiano’s wife was greeting dignitaries already seated when she got to where Ojukwu’s wife was seated. However, Ebelechukwu engaged Bianca in a quarrel, accusing her to have said she will never attend a function of the ruling All Progressives Grand Alliance (APGA).

Bianca, so you are here, what are you doing here, I thought you said you will never attend any APGA event again,” Obiano’s wife was quoted to have said to Bianca.

Ojukwu’s wife who was seemingly provoked by the remark stood up quickly and slapped Ebelechukwu, dragging her wig off her head. In a video in circulation, Ebelechukwu could be seen trying to dress herself up after the fight.