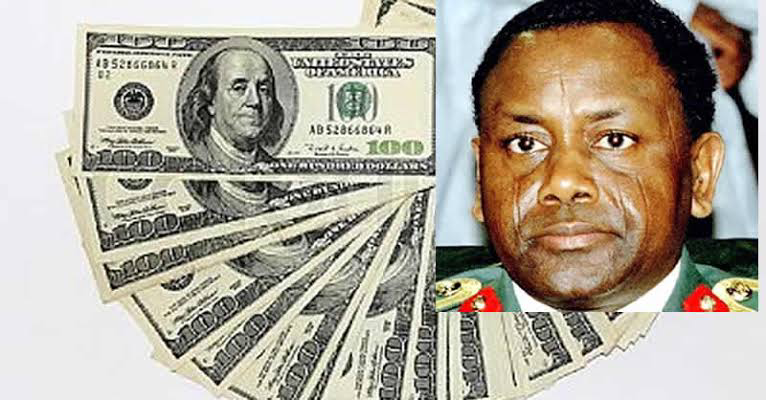 The United States Department of Justice said it has transferred over $20.6 million to the Federal Government of Nigeria as part of the loot traced to former Nigerian military leader General Sani Abacha and his co-conspirators.

The US DoJ, in a statement on Thursday, said the fresh repatriation brings the total amount forfeited and returned by the United States in this case to approximately $332.4 million.

In 2014, a judgment was entered in the District of Columbia ordering the forfeiture of approximately $500 million located in accounts around the world, as the result of a civil forfeiture complaint for more than $625 million traceable to money laundering involving by Abacha, who became Nigeria’s Head of State through a military coup on November 17, 1993, and held that position until his death on June 8, 1998.

In 2020, the department repatriated over $311.7 million of the forfeited assets that had been located in the Bailiwick of Jersey. Last year, the UK government enforced the US judgment against the additional over $20.6 million.

The US government said the repatriation was in accordance with an August 23 agreement between both governments to repatriate assets the United States forfeited from Abacha.

“Under the agreement signed in August, the United States agreed to transfer 100% of the net forfeited assets to Nigeria to support three critical infrastructure projects in Nigeria that were previously authorized by Nigerian President Muhammadu Buhari and the Nigerian legislature.

“The $20,637,622.27 marks a slight reduction from the $23 million announced in August due primarily to exchange rate fluctuations between British pounds sterling and U.S. dollars.

“The funds governed by this agreement will help finance the Second Niger Bridge, the Lagos-Ibadan Expressway, and the Abuja-Kano road – investments that will benefit the citizens of each of these important regions in Nigeria,” the statement partly read.

The agreement includes key measures to ensure transparency and accountability, including administration of the funds and projects by the Nigeria Sovereign Investment Authority (NSIA), financial review by an independent auditor, and monitoring by an independent civil society organization with expertise in engineering and other areas