US senator calls for assassination of President Putin 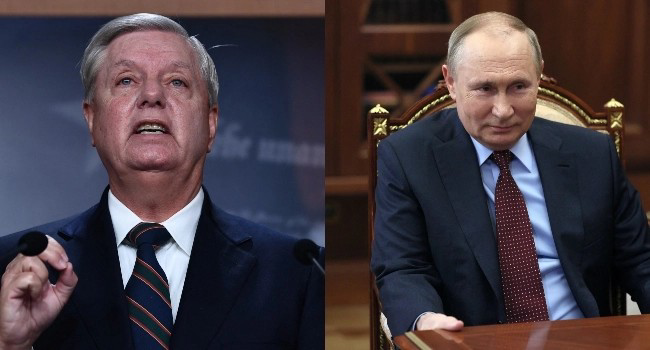 A senior Republican senator has warned Russian citizens that they will spend the rest of their lives in isolation and darkness unless one of them steps up to “take this guy out” – apparently referring to Russia’s President Vladimir Putin. Graham’s tirade came following news of a fire at Europe’s largest nuclear power plant, which Ukraine blamed on a “Russian shelling.”

“Is there a Brutus in Russia? Is there a more successful Colonel Stauffenberg in the Russian military?” Sen. Lindsay Graham Tweeted on Thursday night.

While Graham did not mention Putin by name or specify how exactly he expects the Russian people to “take him out,” his historical parallels leave little room for interpretation. Marcus Junius Brutus was a Roman politician who betrayed and assassinated Julius Caesar, immortalized in the emperor’s dying words: “You too, Brutus?” Claus von Stauffenberg, meanwhile, was a German army officer famous for his failed assassination attempt on Nazi dictator Adolf Hitler.

On Thursday night, a fire broke out at a building near the six-reactor Zaporozhskaya Nuclear power Plant, with Ukrainian authorities accusing Russian troops of “shelling” the nuclear site.

Moscow had informed the international nuclear authorities on Tuesday that Russian forces had secured the territory around the plant and it was operating normally. Russian authorities have yet to respond to the latest charge.