US economy grows for first time this year in third quarter 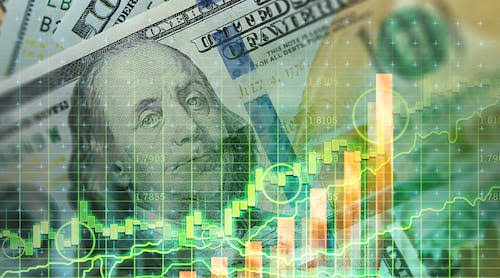 The US economy rebounded in the third quarter, expanding for the first time this year in welcome news for President Joe Biden days ahead of midterm elections, government data showed Thursday.

Economic issues have become a flashpoint in the United States, with decades-high inflation weighing on growth and squeezing households.

Fears of a downturn have intensified in the world’s biggest economy after two-quarters of negative growth, commonly viewed as a strong signal that a recession is underway — a trend that would have global consequences and domestic political costs.

But gross domestic product rose at an annual rate of 2.6 percent in the July to September period, according to the latest Commerce Department data.

“Our economic recovery is continuing to power forward,” said Biden in a statement.

But he added that officials need to “make more progress” on bringing down high costs for American households.

The better-than-expected performance was helped by strong trade, even as housing investment plunged and weaker consumer spending on goods casts a pall on growth as higher prices bite.

In consumer spending, an increase in services led by health care was “partly offset” by a drop in products like motor vehicles and parts, along with food and beverages, data showed.

The leap in exports is “unsustainable,” as a strong dollar and weak global growth will pose constraints moving forward, cautioned Ian Shepherdson of Pantheon Macroeconomics.

A drop in imports that helped net trade also marks a reversal of earlier inventory rebuilding, but that is now over, he said.

“We’re relying on better consumption, rising government spending, and… investment to keep GDP in the black,” he added.

Overall, personal consumption expenditures — a key segment of the economy — grew 1.4 percent, slower than before.

The US economy shrank 0.6 percent in the second quarter, according to revised numbers, after a larger decline in the first three months this year.

Biden has insisted that the economy is on the right path, but analysts warn of risks ahead, as households grapple with soaring prices and draw down on their savings.

Republicans have blamed Democrats for worsening price spikes through runaway spending, though inflation is a global issue that presidents have limited power over.

Analysts see a slowdown in growth in the coming quarters, with the possibility of a recession in 2023.

While there is still some momentum in household spending and a rebound in business investment, there is also “ongoing weakness in residential investment,” said Rubeela Farooqi, chief US economist at High-Frequency Economics.

There are particular risks to consumption “as households continue to face challenges from high prices and likely slower job growth going forward,” she added in an analysis.

Households have been reeling from decades-high inflation this year, with prices soaring on supply chain snarls due to Covid-19 lockdowns and fallout from Russia’s invasion of Ukraine, which sent food and energy costs rocketing.

To lower price pressures, the US central bank has embarked on aggressive interest rate hikes, walking a tightrope as it tries to avoid tipping the economy into a recession.

Already, there are signs of stress, such as a weakening in the housing sector, which is more sensitive to interest rates.

Federal Reserve officials are expected to press on with rate increases at policymakers’ meeting next week, in the face of persistently high prices.