US donates over $2m security equipment to police 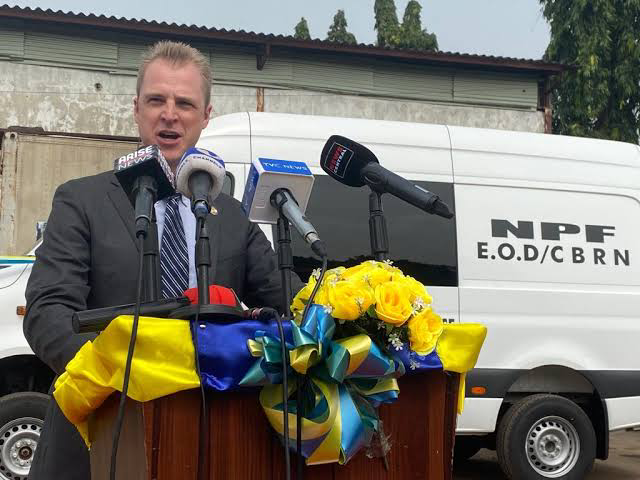 The United States Department of Energy/National Nuclear Security Administration, through its office of Nuclear Smuggling Detection and Deterrence, has transferred five new mobile radiation detection systems valued at over $2m to the Nigeria Police Force on Friday.

This was disclosed in a statement on Friday signed by the Public Affairs Section of the US Consulate General.

The Commissioner of Police in charge of Explosive Ordinance Disposal and Chemical Biological, Radiological and Nuclear Command, Zannah Shettima, received the donation on behalf of the force.

Speaking during an outdoor handover of the equipment in Lagos, the US Consulate Assistant Regional Security Officer, Jon Dvorak, described them as an important step in advancing the robust US-Nigeria security cooperation.

Dvorak noted that the equipment transfer and associated trainings would enhance the police’s ability to interdict the smuggling of nuclear and radioactive material into and within Nigeria.

“Nigeria remains one of the United States’ key partners in combating the smuggling of illicit nuclear and radioactive material,” he said.

Complementing the donation, 30 police officers participated in two-week training on the operation of the detection equipment, ensuring the police have the skills to combat the smuggling of nuclear and radioactive material.

An additional 10 officers were trained on the maintenance of the donated equipment.