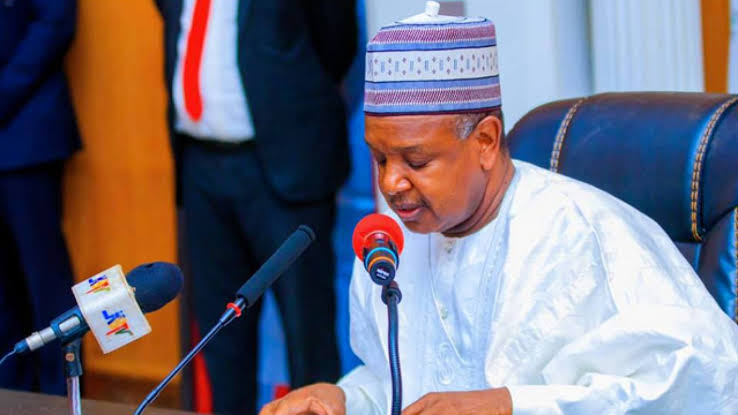 Bloomberg reported that Bagudu, a member of the ruling All Progressives Congress (APC), made a failed attempt for an out-of-court settlement with US authorities.

The U.S. alleges that the Kebbi State governor Bagudu was part of a network controlled by former Nigerian dictator Sani Abacha that misappropriated billions of dollars from state coffers in the 1990s.

Bagudu’s brother Ibrahim, who is entitled to an annuity from the assets, is challenging the forfeiture in a federal court in Washington.

US authorities and the Bagudu family obtained a stay of the judgement in 2020 to enable the parties to negotiate a resolution but with no agreement reached, the case is set to resume, according to court documents dated March 2.

Ibrahim is, however, optimistic that an out-of-court settlement is still possible with US and UK government officials.

A UK court had frozen the family’s investment portfolios in 2014 following a request from the U.S

Bagudu’s agreement with the Nigerian government reportedly allowed him to return $163 million to the Nigerian authorities, which in exchange dropped all outstanding civil and criminal claims against him, according to court filings.

In 2018, Nigeria government under President Muhammadu Buhari and Bagudu had a new agreement in 2018 for the ownership of the investment portfolios worth 141 million euros ($154 million) in late 2019 transferred to the Nigerian state, which would then pay 98.5 million euros to Bagudu and his affiliates, according to U.S. court documents.

Buhari’s administration has since applied to the U.K. court to unfreeze the assets.

US DoJ in February 2020 said it requested the Nigerian government to withdraw litigation it had commenced in the U.K. that was hindering its efforts to forfeit laundered funds held in Bagudu’s name.

US authorities in return opposed plans by the Nigerian government to give $100 million from loots recovered from Abacha to Bagudu.

DoJ said Bagudu was involved in corruption with the late Abacha who Transparency International (TI) said may have looted as much as $5 billion during his 1993-98 rule in Nigeria.

It accused the Nigerian government of hindering U.S. efforts to recover allegedly laundered money it said was traced to Bagudu.