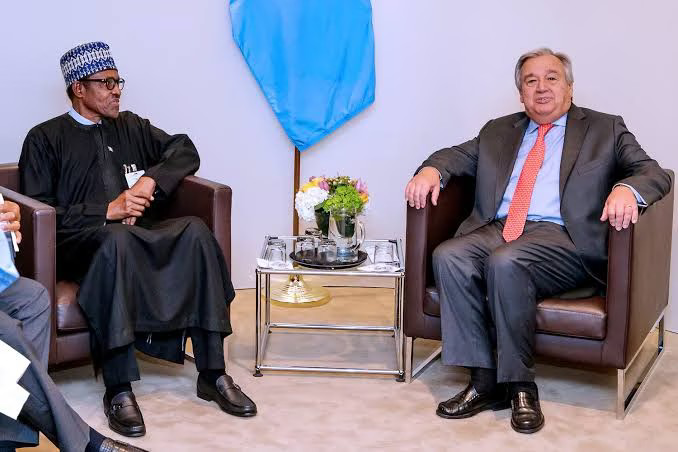 The United Nations (UN) Secretary-General Antonio Guterres is currently at the Presidential Villa Abuja, where he is having a closed-door meeting with President Muhammadu Buhari.

The UN scribe arrived at the seat of power at 3 pm.Guterres was in Borno State recently where he met with some repentant terrorists and advocated for their re-integration into society, especially those who voluntarily surrendered to military authorities.

Although details of the meeting were sketchy at the time of filing this brief report, sources within the presidency said the meeting between both leaders will largely centre around security issues and aid for the country.