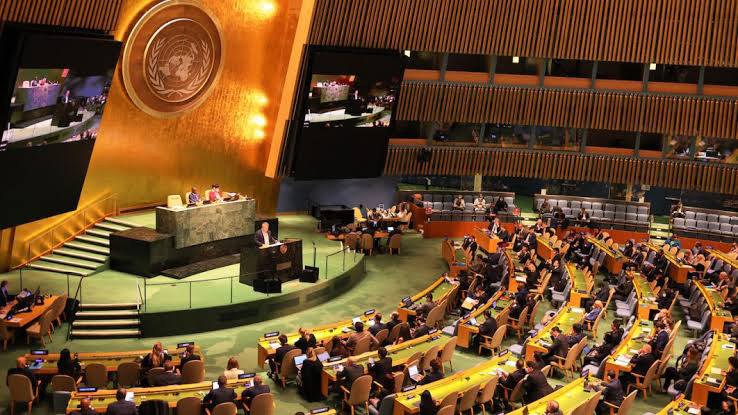 The UN General Assembly voted Thursday to suspend Russia from the world organisation’s leading human rights body over allegations of horrific rights violations by Russian soldiers in Ukraine, which the United States and Ukraine have called tantamount to war crimes.

The vote was 93-24 with 58 abstentions, significantly lower than the vote on two resolutions the assembly adopted last month demanding an immediate cease-fire in Ukraine, withdrawal of all Russian troops and protection for civilians. Both of those resolutions were approved by at least 140 nations.

Russia is the second country to have its membership rights stripped at the Human Rights Council which was established in 2006. In 2011, the assembly suspended Libya when upheaval in the North African country brought down longtime leader Moammar Gadhafi.

US Ambassador Linda Thomas-Greenfield launched the campaign to suspend Russia from its seat on the 47-member Human Rights Council in the wake of videos and photos of streets in the town of Bucha strewn with corpses of what appeared to be civilians after Russian soldiers retreated. The deaths have sparked global revulsion and calls for tougher sanctions on Russia, which has vehemently denied its troops were responsible.

PREVIOUS POST Nancy Pelosi tests positive for COVID-19, was at White House with Biden
NEXT POST Senate confirms Ketanji Brown Jackson to Supreme Court, making her the first Black woman to serve as a justice