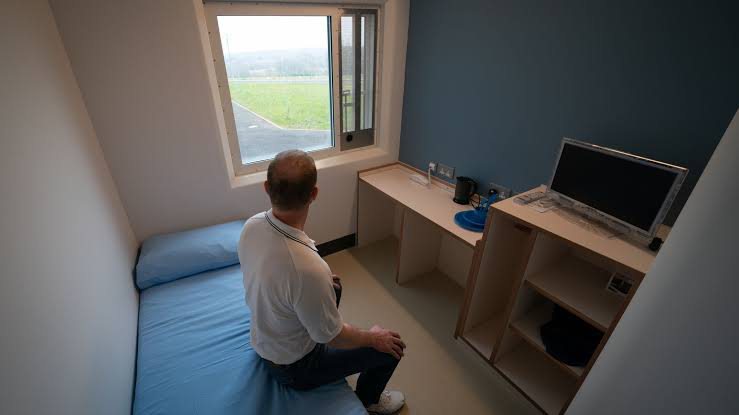 Britain’s first “smart” prison designed with smart technology and with no bars on windows opened on Friday, as a project expected to drive down crime and more offenders into jobs.

The cells at Her Majesty’s Prison (HMP) Five Wells at Wellingborough in Northamptonshire, central England, will be called “rooms” and inmates “residents” by prison staff as part of the rehabilitation process.

The UK’s Department of Justice (DoJ) said it is the first jail in the country to have been designed with education, training and jobs for prisoners on release as its main purposes – factors it says are proven to cut crime and reduce reoffending.

“From drug-recovery centres that employ abstinence-based treatment to world-class prisoner training courses, this smart prison is designed to tackle the key obstacles to cutting reoffending and making our streets safer,” he said.

The new prison has been under construction since May 2019, with the first inmates or “residents” arriving there last month.

The prison’s smart design involves offenders being housed in X-shaped blocks, with wider, shorter corridors and fewer prisoners on each wing so prison staff can see all cells and offenders quickly at any one time. Cells will have ultra-secure, bar-less windows to put an end to drones bringing illegal drugs, phones and weapons into jails, the DoJ said.

“Prisoners will have in-cell tablets to access education and learning from inside their cell, kitted out with stringent and robust security to ensure they are not abused, and cutting-edge body scanners will prevent contraband from wreaking havoc on the wings,” the DoJ said.

The government said that it is working in direct partnership with local employers to offer 500 on-the-job training places through release on temporary license, leading to ready-made jobs for ex-offenders once back in the community. Over 25 ex-offenders and prisoners on temporary release were also employed in the construction of the jail, learning skills such as bricklaying, carpentry, plastering and roofing.

With 24 workshops and a large number of classrooms, prisoners will take part in formal learning, courses, qualifications and on-the-job training in areas including coding, car maintenance, fork-lift-truck maintenance, plumbing and engineering.

The prison will also be smart in how it supports prisoners with drug addictions into clean living, with two special drug recovery wings with a focus on abstinence-based methods. Up to 200 offenders with substance misuse issues will take part in a 16-week programme to help them get off drugs and into permanent recovery.

The new jail, on the site of the old HMP Wellingborough, is the first of six new prisons to be completed, with construction at Glen Parva in Leicestershire now underway.

As part of the 4 billion pounds investment, the DoJ said it hopes to create thousands of jobs for local communities and see millions invested in local roads and infrastructure, while rehabilitating thousands of offenders and keeping the public safe.