Ukrainian President Volodymyr Zelensky ready to talk with Russia, but not in Belarus 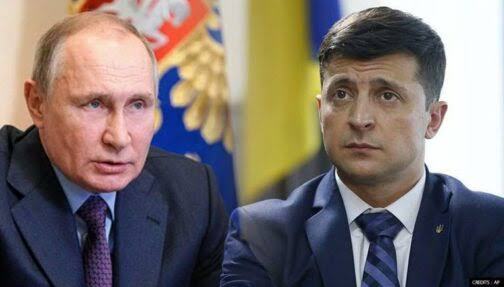 Ukrainian President Volodymyr Zelensky rejected a Russian offer of talks in Belarus on Sunday, saying Minsk itself was complicit in the Russian invasion, but leaving the door open to negotiations in other locations.

“Warsaw, Bratislava, Budapest, Istanbul, Baku. We proposed all of them,” Zelensky said in an address posted online.

“And any other city in a country from whose territory missiles do not fly would suit us,” the 44-year-old president said.

“That’s the only way talks can be honest. And could put an end to war.”

He urged the world on Sunday to scrap Russia’s voting power at the UN Security Council and said Russian actions bear signs of “genocide.”

“This is terror. They are going to bomb our Ukrainian cities even more, they are going to kill our children even more subtly. This is the evil that has come to our land and must be destroyed,” Zelensky said on a short video message.

The Kremlin said on Sunday its delegation was ready to meet Ukrainian officials in the Belarusian city of Gomel. It has tried to justify its operation to “demilitarise” Ukraine as an attempt to prevent the alleged persecution of the country’s Russian-speaking minority.

But the international community has roundly condemned the invasion as a flagrant breach of international law, and many Ukrainian civilians have volunteered to defend their country.

The US and other global powers slapped ever-tougher sanctions on Russia as the invasion reverberated through the world’s economy and energy supplies, threatening to further hit ordinary households.

Through it all, Russia remained unbowed, vetoing a UN Security Council resolution demanding that it stop attacking Ukraine and withdraw troops immediately.

The Kremlin said Kyiv initially agreed to have talks in Minsk, then said it would prefer Warsaw and later halted communications.

In a window into how the increasingly isolated Putin views Ukraine and its leadership, he urged Ukraine’s military to surrender, saying: We would find it easier to agree with you than with that gang of drug addicts and neo-Nazis who have holed up in Kyiv and have taken the entire Ukrainian people hostage.