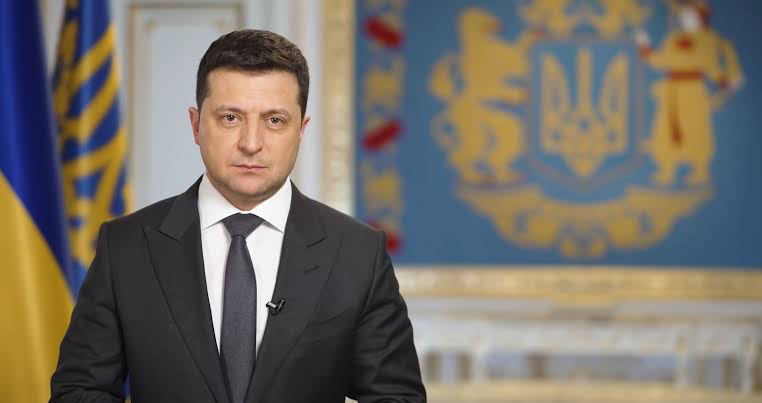 Ukraine’s President Volodymyr Zelensky has declared martial law across the country following the Russian invasion and said the country would “defeat everyone”.

In an address to the nation in the immediate aftermath of the attack ordered by President Putin, the Ukrainian leader told citizens to remain calm.

“We are working. The army is working,” he said. “Don’t panic. We are strong. We are ready for everything. We will defeat everyone. Because we are Ukraine.”

In a televised address early Thursday, Putin said the action was in response to threats coming from Ukraine. He added that Russia didn’t have a goal to occupy Ukraine and that the responsibility for bloodshed lies with the Ukrainian “regime”.

Shortly after Putin spoke in a televised address on Russian state TV, explosions could be heard in the Ukrainian capital, Kiev.

Gunfire rattled near the capital’s main airport, the Interfax news agency said, and sirens were heard over the city.

“This is a war of aggression. Ukraine will defend itself and will win. The world can and must stop Putin. The time to act is now.”

The attack by Russia has been condemned internationally, with the US President Joe Biden and British Prime Minister Boris Johnson among those first to criticise Moscow.

German Chancellor Olaf Scholz said: “The Russian attack against Ukraine is a blatant breach of international law. It cannot be justified. Germany vehemently condemns this act of recklessness committed by President Putin. We stand in solidarity with Ukraine and its people.”