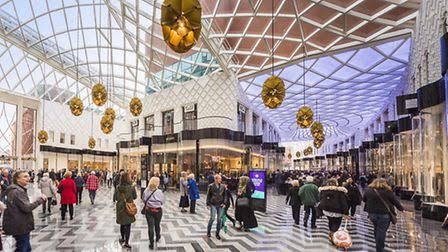 The scheme will enable tourists to get a refund on VAT on goods bought on the high street, at airports and other departure points and exported from the UK in their personal baggage

The move, which will cost almost £1.3bn in 2024-25, when it is likely to be brought in – according to government documents published alongside Kwasi Kwarteng’s mini-budget on Friday – unwinds the scrapping of the long-term VAT-free scheme in January 2021 by the former chancellor Rishi Sunak after Brexit.

The government said a consultation would “gather views on the approach and design of the scheme” before it was delivered as soon as possible.

Retailers, especially in tourist hot spots such as central London, have long called for the return of the scheme, saying its loss had led to tourists opting to spend more elsewhere

“Britain welcomes millions of tourists every year, and I want our high streets and airports, our ports and our shopping centres, to feel the economic benefit. So we have decided to introduce VAT-free shopping for overseas visitors,” he told parliament during the presentation of a mini-budget.

A previous tax-free shopping was abolished at the end of 2020. Kwarteng said the government would replace the previous paper-based system with a digital one. “And this will be in place as soon as possible

Linda Ellett, KPMG’s UK head of consumer markets, retail and leisure, said the move would increase the UK’s competitiveness when it comes to attracting international visitors.

she added that the government had not taken any measures to tackle the burden of business rates, the property-based tax which retailers say hobbles them from competing with online specialists such as Amazon.

“Yet what was missing from today’s announcement was any mention of business rates, which are set to jump by 10% next April, inflicting another £800m in unaffordable tax rises on already squeezed retailers. It is inevitable that such additional taxes will ultimately be passed through to families in the form of higher prices.”

Kate Nicholls, the chief executive of UKHospitality, the trade body that represents restaurants, bars and hotels, added: “While tax-free shopping for overseas customers is a welcome step to attract overseas tourists, a far more immediately impactful step would be to reduce VAT for our domestic customers.

“Our VAT rate is the highest among modern economies, so if we want a globally competitive market, we need lower VAT and an equitable alternative to business rates.”