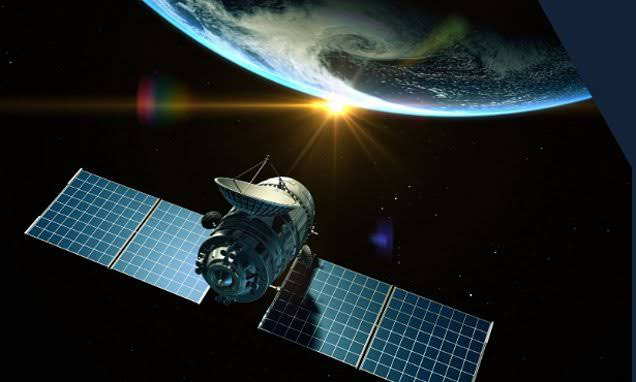 Saudi Arabia is investing in a groundbreaking British plan to beam solar power generated in space to Earth for a round-the-clock supply of renewable energy.

However, the Times has learned that Saudi Arabia’s £409 billion Neom development, has already supplied some of the millions raised by a British company, Space Solar.

The idea of using solar panels in space to provide electricity on the Earth’s surface is almost a century old. It featured in a 1941 short story by Isaac Asimov and the aerospace engineer Peter Glaser published an influential paper on it in 1968.

For three years, the UK has followed in the footsteps of China, Japan and the US in exploring making it a reality. Space Solar envisions putting photovoltaic panels into orbit to convert electricity into high-frequency radio waves transmitted to the surface. A kilometres-wide, net-like antennae strung between poles would convert the waves back to electricity.

Proponents, who received the backing of ministers at an event in parliament last year, say the technology would address the intermittent nature of renewable energy and help meet climate change goals.

Sam Adlen, joint chief executive of Space Solar, said it was significant that Saudi Arabia, which produces a tenth of the world’s oil, was taking the idea seriously.

“There’s a real partnership to be developed that can have a huge impact on the future of net zero, energy security and really help create an era-defining, new energy source,” he said.

The Saudi interest stems partly from its plan for neom’s green city in the desert, The Line, to be powered entirely by carbon-free electricity

Satellite images have shown construction of the scheme appears to have started. Adlen said the Saudi interest was twofold: the solar array could be redirected from the UK to send energy to The Line when needed, and the country was investing in “moonshot” technology.

A UK government source said Shapps’s meeting had involved authorities at Neom and discussed a possible Saudi investment in developing a UK-based space solar project. Adlen’s company has raised £3.5 million to date, from a mix of funding from Neom and R&D funding from the UK government. Neom staff and executives from the oil giant Shell, in a non-commercial capacity, attended last year’s event at parliament.

Space Solar has a 12-year, £9.8 billion plan, starting with a trial project in space within six years providing a small amount of power — six megawatts — from low Earth orbit. That would be followed by a 180MW scheme from a higher orbit, and a 2000MW version in geostationary orbit within 12 years.

No site has been chosen for the ground receiver but the area required means the North Sea is being considered for the UK. A Saudi version could be built on land.

One study for the UK government have concluded space-based solar could be feasible. A further report is expected this year from Nasa.

However, the idea still faces major economic and technological challenges, not least because scaling up deployment would rely on greater adoption of the reusable rockets pioneered by SpaceX. The concept could also be opposed by environmentalists because the number of rocket launches needed to put the system in space would have a significant carbon footprint.