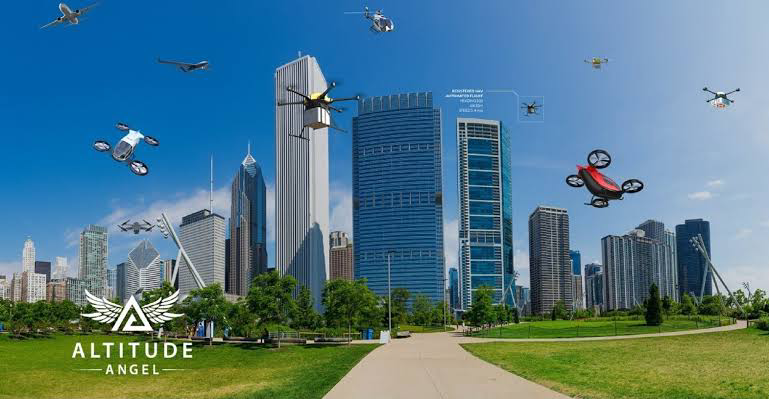 A UK consortium led by Reading-based UTM (Unified Traffic Management) software provider Altitude Angel has revealed its blueprint to build the world’s largest and longest network of ‘drone superhighways,’ connecting towns and cities across the UK.

The blueprint for the superhighway, known as Project Skyway, will enable businesses to develop and grow through the commercialization of new and innovative drone-based products and services. The 165 miles (265km) drone superhighway is being hailed as the “most ambitious transport project proposed for the country since the advent of the railway network in the 18th century.”

The consortium says it will initially connect the Midlands with the Southeast to cover cities including Reading, Oxford, Milton Keynes, Cambridge, Coventry, and Rugby. If the plans are approved, there is an option to extend the superhighway to Southampton on the south coast and Ipswich on the east coast.

The Skyway superhighway network will use detect and avoid (DAA) technology developed on the five-mile (8km) Arrow Drone Zone to help unlock the huge potential offered by unmanned aerial vehicles and be a catalyst to enable growth in the urban air mobility industry. In addition, the superhighway will be able to support fully automated drone flights beyond visual line-of-sight (BVLOS) from any drone company which completes a series of basic technical integrations that, crucially, don’t require specialist hardware on-board the drone.

Once the initial project is completed, Altitude Angel promises to make its technology available to allow any organization, airport, town, or city in the UK or beyond, which wants to establish and operate a ‘superhighway’ to do so quickly, easily, and cost-effectively through a simple licensing agreement.

“Britain is at the forefront of a second transport revolution. Drones have the potential to transport goods in a way our ancestors could never have imagined but would have surely understood,” said Richard Parker, Altitude Angel, CEO, and founder. “Britain can lead the world in these innovative and life-saving technologies; we have the skills and ambition to open our skies to safe and secure drone and air-taxi flights. With the government’s support, using this technology as its foundation, we can create networks spanning the length and breadth of Britain, a super-highway-network-in-the-sky, providing a critical digital infrastructure which will, in turn, enable the world’s first truly national drone economy.”