U.S. Is Not Seeking Regime Change In Russia, Blinken Clarifies 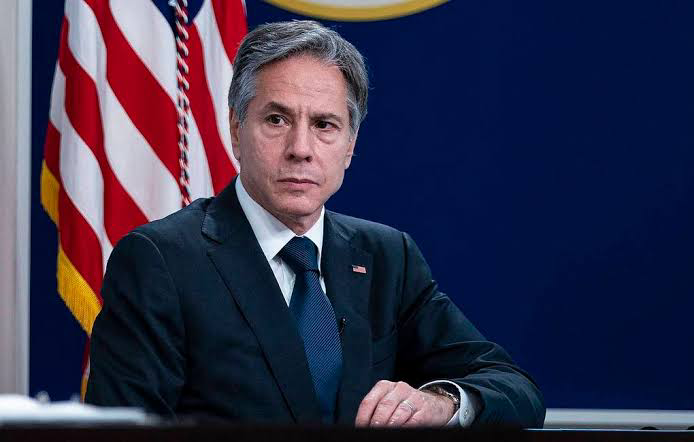 Secretary of State Antony Blinken said Sunday that the Biden administration was not seeking to overthrow Russian President Vladimir Putin.

“As you know, and as you’ve heard us say repeatedly, we do not have a strategy of regime change in Russia or anywhere else,“ Blinken said, trying to clarify remarks by President Joe Biden on Saturday that Putin “cannot remain in power.”

The White House had already clarified that the president’s comment, at the end of a speech in Warsaw addressing Russia’s invasion of Ukraine, was meant to convey the point that Putin cannot be allowed to exercise his power over neighbors in the region.

“I think the President, the White House made the point last night that, quite simply, President Putin cannot be empowered to wage war or engage in aggression against Ukraine or anyone else,” Blinken said while traveling in Jerusalem.

Biden wrapped up a visit to allies from Europe and the North Atlantic Treaty Organization with a stop in Poland to visit American troops and Ukraine refugees on Saturday. He was back at the White House on Sunday.

In a speech at the Royal Castle in Warsaw on Saturday night, Biden said: “Ukraine will never be a victory for Russia — for free people refuse to live in a world of hopelessness and darkness.”

Kremlin spokesman Dmitry Peskov commented on Biden’s remark about Putin remaining in power: “That’s not for Biden to decide. The president of Russia is elected by Russians,” Reuters reported.

The U.S. will give Ukraine an additional $100 million in civilian security assistance, Blinken said Saturday including armored vehicles and equipment for the Ukrainian State Border Guards and National Police.

Elsewhere in Europe, Hungarian Prime Minister Viktor Orban is facing pressure for trying to stay neutral on the war in Ukraine. Hungary is the only one of Ukraine’s neighbors to refuse to supply military aid and has not allowed lethal weapons to be shipped across Hungary’s borders to Ukraine, the Associated Press reported.

Poland’s President Andrzej Duda criticized Hungary’s failure to support Ukraine. “It’s hard for me to understand this approach,“ he was quoted as saying on a television news channel, Bloomberg reported. “This policy will be costly for Hungary, very costly.“

Widely considered Putin’s closest ally in the European Union, Hungary’s Orban has said that helping Ukraine would pull Hungary into the war. He also opposes EU sanctions against Russian energy.

Ukrainian President Volodymyr Zelensky addressed Orban during his video remarks to the EU summit on Friday, saying: “Listen, Viktor, do you know what’s going on Mariupol?”

Orban, who faces an election on April 3, responded via video Friday that helping Ukraine was “against Hungary’s interests,” and that blocking Russian energy exports would hurt Hungary, which gets 85% of its gas and more than 60% of its oil from Russia.

Zelensky is urging energy-producing countries, “in particular Qatar,” to increase their production to prevent Russia from using its oil and gas as a weapon to pressure European nations.

“Europe’s future depends on your efforts,” he said by video to a conference of Gulf officials in Doha, Qatar, the Financial Times reported.

Saad al-Kaabi, Qatar’s energy minister and CEO of QatarEnergy, said: “We are clear about trying to support the Europeans and the Americans. We have said the volumes that are divertible away from Europe, even if we can get a higher price for it, we will not divert them.”

Qatar is the world’s largest exporter of liquified natural gas. The U.S. on Friday said it would try to deliver at least 15 billion cubic metres more of LNG to the EU this year, as part of a multinational effort to reduce Europe’s dependence on Russian energy and punish Russia.

Czech Defense Minister Jana Černochová said that she would not attend a meeting of Visegrad Four defense ministers (Poland, Czech Republic, Slovakia and Hungary) in Hungary this week, saying she did not want to get involved in Hungary’s election and criticizing Hungary’s stance on Ukraine. “I’m really sorry that cheap Russian oil is more important for Hungarian politicians than Ukrainian blood,” she wrote, the AP reported.

PREVIOUS POST Ukraine willing to be neutral, says Russia wants to split nation into two
NEXT POST France’s President Macron calls for restraint in words and actions regarding Ukraine conflict