U.K. Should Consider Ban on Smacking as children are ‘more vulnerable than adults’ 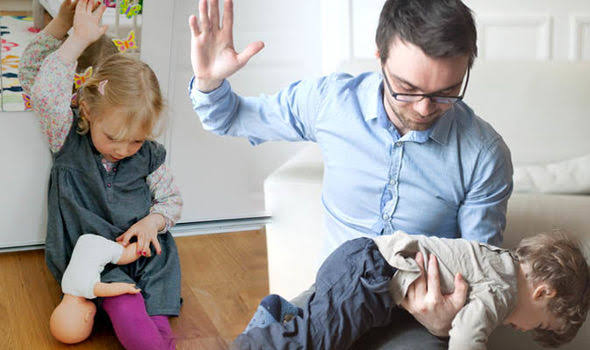 England should follow the lead of Scotland and Wales by banning smacking, the children’s commissioner has said.

Dame Rachel de Souza is calling for a change of the law, but some within the Government fear criminalising parents would be a nanny-state policy.

She told Times Radio: ‘I absolutely abhor, and I’m against, violence of any kind against children.

‘Because children are more vulnerable than adults, I think we do need to ensure that their rights are supported.’

Last month Wales made any type of corporal punishment, including smacking, hitting, slapping and shaking, illegal in the country.

The ban marks the end of the common law defence of ‘reasonable punishment’ for naughty behaviour.

Parents or anyone who is responsible for a child while the parents are absent can now face criminal or civil charges if they are found to have physically disciplined a young person in any way.

Critics of the law change have said it will criminalise parents, but the Welsh Government insisted the move was about protecting children’s rights. It followed a ban in Scotland in 2020.

At the moment, parents smacking their children is still allowed in England and Northern Ireland as long as it constitutes ‘reasonable punishment’ under the law.

Whether the defence was accepted depends on the circumstances of each case, taking into consideration factors such as the age of the child and the nature of the contact, including whether it left a red mark or was carried out with a fist or implement such as a cane or belt.

Dame Rachel urged ministers to look at how the legislation moved through the Welsh assembly and said she would support a decision to follow suit.

She had innocently gone into the kitchen after playing in the treehouse and helped herself to a pink fairy cake that was sitting out.

Next thing she knew, her friend’s father grabbed the fairy cake aggressively out of her hand, put it back on the plate, grabbed her arm, and then smacked her on the hand and shouted, ‘you are not allowed in this house!’

Although Dame Rachel acknowledged that ‘protections’ for children are already ‘enshrined in law’ in England, she still thought more change was neeeded.

‘I certainly admire Scotland and Wales moving on this. It’s certainly something that I think we should consider,’ she added.

However, a government source said there were no plans to change the law, the Times reports.

‘Most people would say a light smack on the arm from a parent to a child isn’t child abuse,’ they said.

‘We trust parents to discipline their children, when necessary, in the way they think is right.

‘We’ve purposely not interfered in that too much. Child abuse is an entirely separate matter.’

Labour leader Sir Keir Starmer previously said the move should be mirrored in England and Northern Ireland, calling it ‘the right thing’ to do.

A survey commissioned by the National Society for the Prevention of Cruelty to Children found more than two-thirds of adults in England believe it is wrong for parents or carers to physically punish their child, with 58% thinking it was already illegal.

More than 60 nations worldwide have legislated against the physical punishment of children.