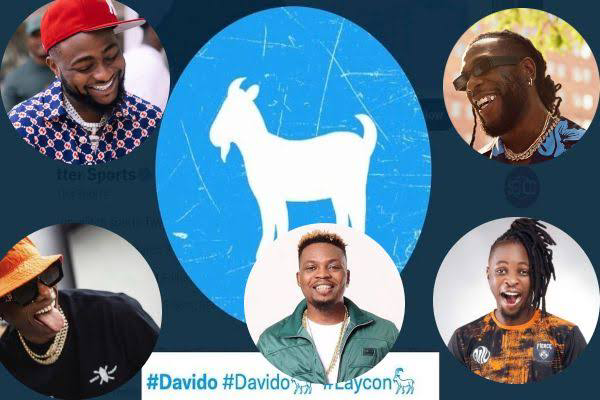 Asides honouring global celebrities, some Twitter also honoured some Nigerian celebrities with customised goat emoji. G.O.A.T is an acronym for “Greatest Of All Time,” which is commonly used in sports when referring to players who are widely considered the most talented.

The goat symbol appears when these celebrities are trending on Twitter or when their names are searched with an hashtag symbol.
Twitter also honoured other global celebrities like Lionel Messi, Cristiano Ronaldo the emoji.

In other news, popular rapper, Blaqbonez has chosen to investigate who ‘took’ his name on the Video-focused social networking service, TikTok and went ahead to expose him after making his discovery.

PREVIOUS POST Trump praises ‘genius’ Putin over deployment of Russian troops into Ukraine
NEXT POST Creators to make up to $35,000 a month as Facebook Reels goes global