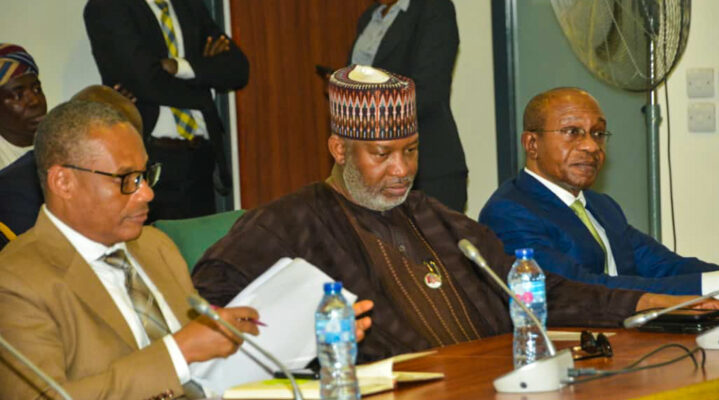 Godwin Emefiele, governor of the Central Bank of Nigeria (CBN), says $120 million will be released to international airlines to offset part of their funds trapped in the country.

Emefiele spoke on Monday at a meeting between the leadership of the house of representatives, the International Air Transportation Association (IATA), Airlines Operators of Nigeria (AON), and representatives of the federal government, including Hadi Sirika, minister of aviation.

He said the apex bank has been working to enable international airlines to repatriate their funds, hence the resolve in August to release $265 million to them, and that the money has been disbursed in bits with $120 million set to be due on October 31.

“Everyone is calling on CBN to release blocked funds, and I am doing everything I can to provide dollars for you to repatriate your money,” he said.

“We used our discretion to allocate $265 million to the foreign airlines, broken down into spot and forward. We did $110 million on the spot and the rest in 60 days forward.

“How then can they go about and begin to say that they have not received money? This is an extra allocation. This is something I have told you (foreign airlines) that we will continue to do so that you will not blackmail the country. $120 million will be due on the 31 of October.”

Emefiele said it was unacceptable for foreign airlines to resort to “blackmail” against the country because of their trapped funds.

“I can print naira, even though I have been accused of printing naira, but I cannot print dollar. We have to either earn it or borrow it,” he said.

The apex bank governor said foreign airlines should respect the bilateral aviation services agreement (BASA) as it would tackle the problem of unrepatriated funds.

In his submission, Samson Fatokun, the representative of IATA, said about $700 million of foreign airlines are still trapped despite the intervention of the CBN.

He said the CBN should provide a timeline of how the funds are to be repatriated to assure the international airline operators.

“What we have right now is $700 million — our balance is $700 million. The airlines are reasonable by saying that [you] give us a plan for repatriation,” he said.

Nigeria is facing a forex exchange crisis and this has seen the naira depreciate against the dollar.

The federal government had said it could not release the funds due to the foreign exchange crisis.

PREVIOUS POST Flood: Falana Asks EFCC To Probe Management Of Ecological Fund
NEXT POST Wike: Atiku is working with enemies of Rivers, I won’t campaign for him