Train Attack: “We Are Working Hard To Secure Release Of Victims” – Nigerian Government 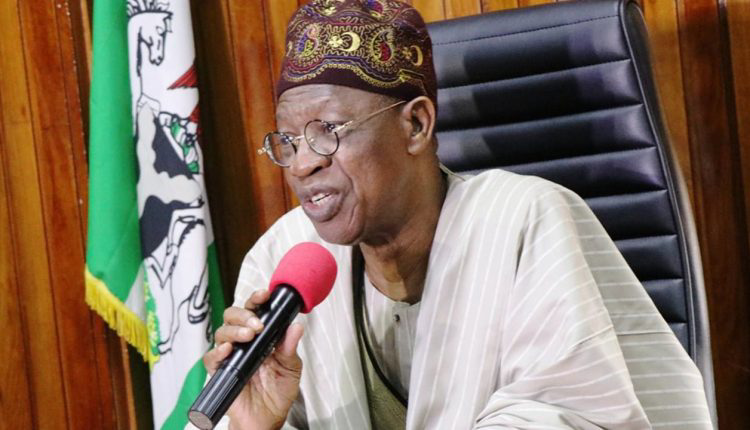 The Nigerian government has assured parents and relations of kidnapped victims of the recent train attack in Kaduna State that efforts are being made to secure their release.

The Minister of Information and Culture, Lai Mohammed gave the assurance on Wednesday while briefing State House Correspondents at the end of the meeting of the Federal Executive Council, Chaired by President Muhammadu Buhari.

“What the federal government is doing won’t be the subject matter of a press conference, because we have lives at stake. The various arms of security are working night and day to unravel the mystery surrounding the attack as a whole and the kidnapped people.

“What I can assure you is that as we speak, the respective arms of the government are actually engaged in getting those victims released. It’s natural for anybody who is a father or a mother of a kidnapped person to be worried and to be concerned.”

The Minister assured the nation that the military, in collaboration with other security agencies, are working hard to bring to an end the frequent attacks on innocent citizens.

“At the level of government, we appreciate the concerns of citizens and we are leaving no stone unturned, but we’ll not give you specific steps we’re taking. I think it will be counterproductive and not going to aid or help those who are kidnapped or help the security forces who are tracing and ensuring that there’ll be no repeat of such attacks,” he said.

Mohammed further explained that a strong collaboration between boko haram insurgents dislodged from the North-East and bandits in the North-West led to the attack on the kaduna bound train.

“What is happening now is that there is a kind of an unholy handshake between bandits and Boko Haram insurgents. Preliminary reports of what transpired at the Kaduna train attacks shows that there is a kind of collaboration between the bandits and the dislodged Boko Haram terrorists from the northeast.  I can tell you very confidently that the Federal Government is on the top of this matter,’’ he added.

The Minister of Defence, retired General Bashir Magashi emphasized that the military would soon unravel those behind the incessant attacks and banditry.

“Honestly, I think the security chiefs are working hard to unveil those that are involved, and we will tell you very soon those that are carrying out these attacks. Both in Jos and Kaduna, we will come and explain to the public what is really going on and our efforts to ensure that all these activities are stopped once and for all. We are really on top of the situation, we are planning hard and we will get it out as soon as possible,” he said.

Magashi also announced that at Wednesday’s meeting, the Federal Executive Council approved the purchase of more operational vehicles for the military.

He said they would be used for the transportation of troops and cargos to various areas where there are security challenges.