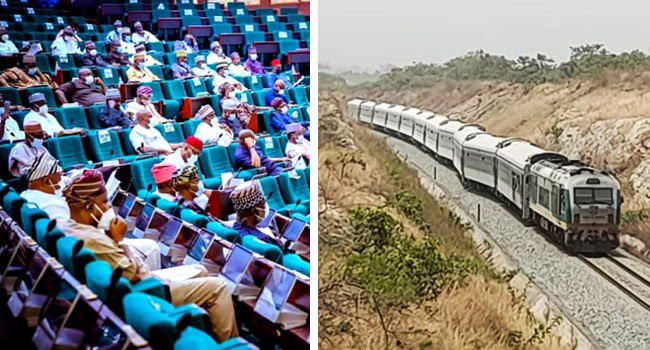 The meeting follows the attack on a train conveying passengers from Abuja to Kaduna.

The House wants the security agencies to set up special tactical teams across the nation’s airports and railway lines.#

The incident happened around 7:45 pm on Monday at Dutse village in Chikun Local Government Area, just a few kilometres from the Rigasa train station, which is the last transit point of the train.

The bandits were said to have opened fire, shot sporadically on the train, and later gained access to the train.

Many passengers were feared injured while several others were said to have been kidnapped by the assailants.

A lawmaker Nnaji Nnolim raised the motion as a matter of urgent public importance on the floor of plenary on Tuesday.

The lawmakers want the security agencies to be more proactive in their approach and declare total war on the terrorists.