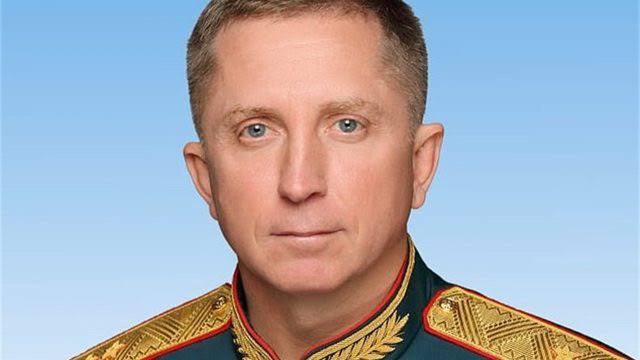 Vladimir Putin has lost another general in the Ukrainian war, claim military sources in Kyiv.Lieutenant General Yakov Rezantsev, 48, was killed in a strike by the Ukrainian armed forces, they say.

He was Commander of the 49th Combined Arms Army of the Southern Military District.The Russian side has not so far confirmed the death.

A service member said Lt. Gen. Yakov Rezantsev told them on the fourth day of their deployment that the war would be over quickly.

The soldier said: “Do you know what he told us? ‘It’s no secret to anyone that there are only a few hours until this special operation is over.’ – And now those hours are still going.”

As the Kremlin reportedly fumes at the loss of some of its top generals, experts have said there could be a catalogue of reasons why senior Russian officers have fallen.

It comes amid reports of unreliable equipment and electronics amongst Russian forces, as well as subordinates being too terrified to make quick decisions.

Former US army general and CIA director David Petraeus said Ukraine also has “good snipers” which are able to target key individuals when a Russian chain of command breaks down.

He said: “The communications have been jammed. The column gets stopped, and an impatient general goes forward to see what’s going on.

“There’s no initiative, no non-commissioned officer corps, no sense of initiative at junior levels. They wait to be told what to do, and the Ukrainians have very, very good snipers.”

An anonymous diplomat also told Foreign Policy that generals were “struggling on the front line to get their orders through”.

Analysts believe Russian commanders are now suffering a higher casualty rate than in any conflict since World War Two.

We’ll be bringing you the very latest updates, pictures and video on this breaking news story.

The first general’s death came only four days into the invasion, and in the just over three weeks since, a significant number of Russian military leaders have been killed in battle.

Some of the dead Russian commanders were said to have come to the frontline, something they would normally do if there were issues over decision-making, or their seniority was needed to get the troops forward.

According to Foreign Policy magazine, Rob Lee, a senior fellow at the Foreign Policy Research Institute, said: “It’s a bigger problem if you lose commanders of units because then it’s harder to have someone step in and take over.”

It comes after Vladimir Putin and the Kremlin are reportedly sending execution squads after their own army with orders to kill any Russians who try to flee.

Ukraine security services claim that prisoners of war have told them of the horrific tactic that has reportedly seen Russian guns aimed at their own.

The ‘execution squads’ are a revival of Stalin’s World War Two tactics and are another sign of dire morale among Moscow’s troops, The Mail Online reports.