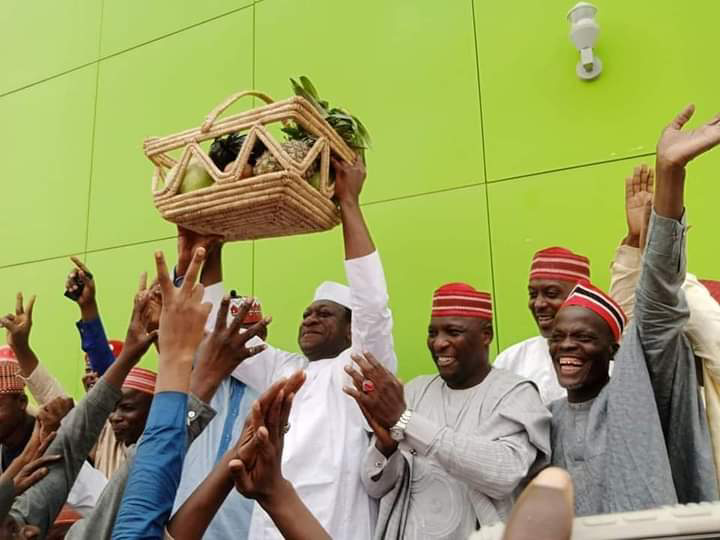 Former House of Representatives member Abdulmumin Jibrin has defected from the ruling All Progressives Congress to the New Nigeria People’s Party (NNPP).

Jibrin, who represented the Kiru/Bebeji Federal Constituency of Kano State in 2015, announced his resignation from the APC on his Twitter handle on Saturday.

Recall that the Jibrin, who was the director General of the Bola Tinubu Support groups had announced he was leaving the All Progressives Congress in a post on his Twitter page on Saturday, May 7, 2022.

“I have done my best for APC,” he said. “It’s time to move on. I will announce my new political party within the next 24 hours Insha Allah. I will make a formal statement in due course.”

The former lawmaker belonged to a faction of the APC in Kano State, led by former governor Ibrahim Shekarau, that lost out at the Supreme Court on Friday to the Gov. Abdulahi Ganduje’s faction.

The Supreme Court had dismissed the appeal filed by the G-7 faction of the APC led by Shekarau, challenging the ward and local government congresses conducted by the Ganduje faction of the party.

However, the Kano State APC following directives from Governor Abdullahi Umar Ganduje had tried to meet with the former lawmaker to broker peace.

A statement signed by the chairman of the state chapter of the party, Abdullahi Abbas revealed that an invitation has been sent to all the aspiring candidates for the position.

It said Jibrin has already accepted the proposal and is ready to attend the meeting.

Abbas, in the statement, called on the parties to remain calm and cooperate with the APC to resolve the internal crisis and further assured that the meeting would come up with a position acceptable to all the aspirants.

But following reports on the official Twitter handle of the NNPP, such moves seem to have failed.