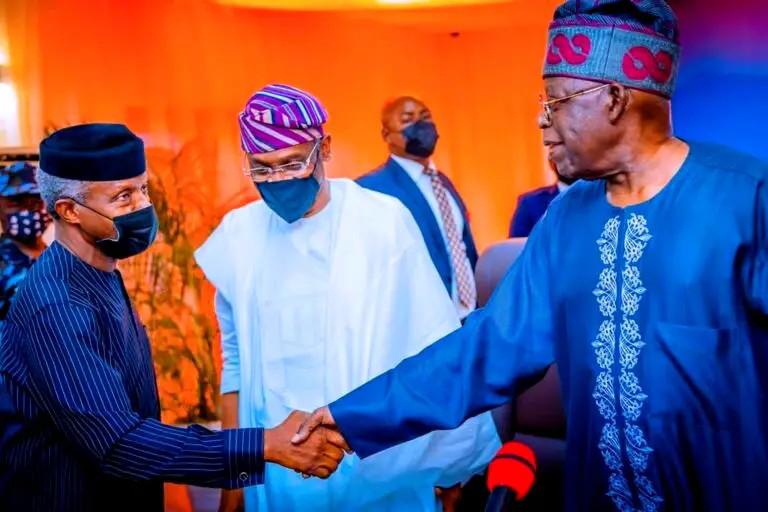 The National Leader of All Progressives Congress, APC, Bola Tinubu, Vice President, Yemi Osinbajo, Governor of Ekiti State, Kayode Fayemi, and all presidential aspirants in the 2023 general poll are currently in a crucial stakeholders’ meeting at Lagos House, Marina.

As of 7.30 pm, the meeting was being held behind closed doors, which also have in attendance, the conveners, former National Chairman of APC, Pa Bisi Akande and former Ogun State Governor, Aremo Olusegun Osoba was still ongoing.

Aregbesola arrived in Osinbanjo’s convoy at about 6.45 pm and was ushered into the main hall.

According to a source, the meeting is centre around arriving at a mutual consensus of candidates among the various presidential aspirants from the South West region of the country in the forthcoming APC primaries.