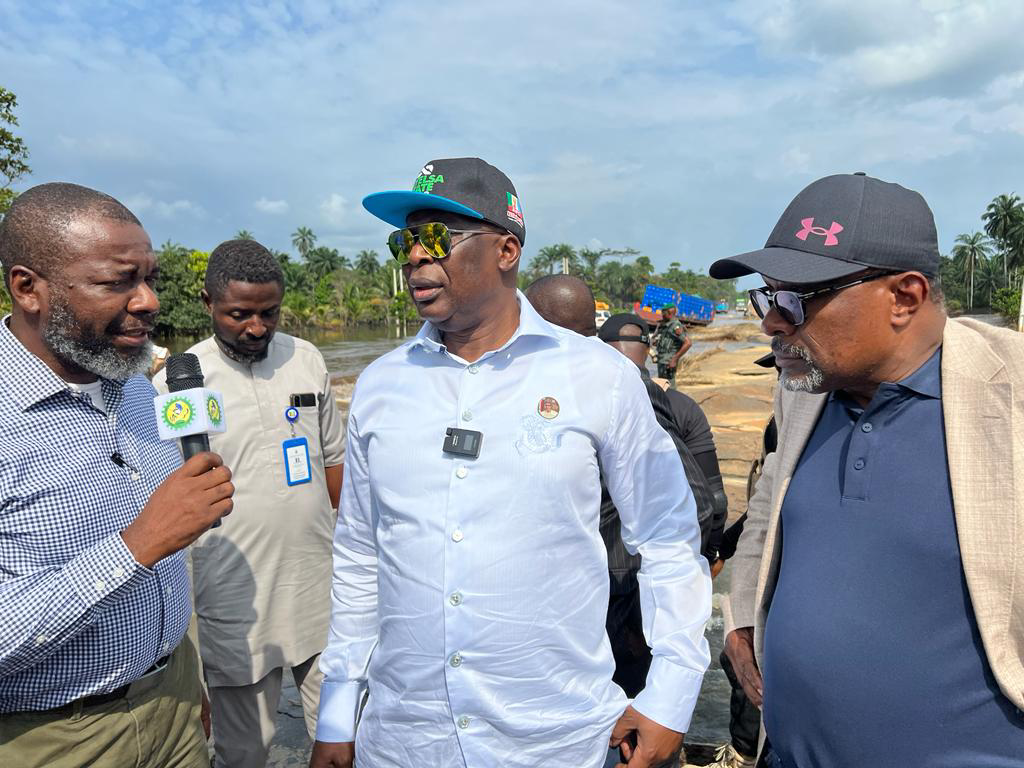 The purpose of the visit was to conduct an on-the-stop assessments of the level of devastation caused by the flood, reach out to the temporarily displaced people; to empathize with them and encourage them to be hopeful and optimistic about post-flood life.

The HMSPR, H E Chief Timipre Sylva who is the Chairman of the Governing Council of the #NCDMB also led the Board to distribute food items to the IDP Camps to ameliorate the hardship caused by the flood.

The HMSPR, HE Chief TimipreSylva and the Executive Secretary, NCDMB, Engr. Simbi Wabote (FNSE, FIPS) were joined by the Manager Corporate Communications, NCDMB, Barr. Esueme Dan Kikile and other staff of the Board on the Flood Impact Assessment tour

Minister of State for Petroleum Resources, Chief Timipre Sylva, says the Federal Government has taken steps to repair the section of the East-West Road washed away by floods.

Sylva gave the assurance on Thursday during an inspection of some failed portions of the highway.

He described the destruction of the road by floods as unbelievable, noting that a permanent and lasting solution must be found.

The devastation is unbelievable. I have come with a message from the Federal Executive Council (FEC).

“This flooding happens every year; as we stand here we know that the water is receding but the water will come back in a matter of few months next year.

We must look for some kind of solution to this problem which has bedevilled us every year.

We have to work together as a people and leave our political differences; we are not here to campaign, this is not about any campaign

This is about Nigeria and the wellbeing of Nigerians and that is why we have come here and the FEC has directly taken steps to ensure this devastation that we see here is ameliorated as quickly as possible, Sylva said